Spousal abuse: a threat to women`s 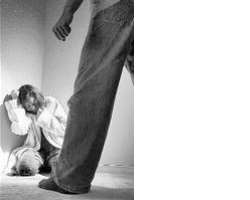 Spousal abuse: a threat to womens
Listen to article

Marriage is a sacred union that many people always love to enter, apart from being forced into, the happiness people have within them and some of their reasons for marriage is they getting the opportunity to live with someone they adore, respect and love. If that be the case, why do these virtues disappear in the middle of the marriage? Some couples claim to still have those virtues existing in their marriage, but act vice versa, with either one hurting the other or both hurting themselves. They hurt themselves emotionally, using abusive words and physical attacks, leading to spousal abuse. Spousal abuse is very common in many parts of the world, but the gender which really suffers it the most are women. The majority of women are always victims of spousal abuse because of their perceived weak nature. Even in the developed world, where women have rights to protect them, they still face abuses, how much more Africa where laws for the protection of women are limited.

What spousal abuse
According to World Health Organisation (WHO), spousal abuse occurs when a partner or ex-partner attempts to physically or psychologically dominate another. It encompasses a set of symptoms that involve both physical and/or emotional abuse. When it takes the form of emotional abuse, it is characterised by verbal ridicule and/or putdowns that demean, and patterns of neglect. Physical abuse involves the threat of physical violence, and may include slapping, shoving, and deliberate physical assault. Spousal abuse can also include cohabitants and non-married intimate partners. Domestic violence occurs in all cultures, people of all races, ethnicities, religions, sexes and classes. According to research, abusers are normally triggered off by the notion of them being powerless and insecure in their various homes, and end up behaving abusively.

Spousal abuse and society
Spousal abuse was mostly seen in the past, but very much of concern off late to society. In the past, incidences of spousal abuse against women were reported to the authorities and elders of the family, or the community. However, the law does not get involved. This was because society was of the opinion that the man was the head of his family, and that every action he takes, he has all the right to do, forgetting that the woman is as well entitled to some form of rights. However, the situation has changed. Society is vested with the principles of spousal abuse, since the law as well as human rights organisations are always prepared to take any incidence of spousal abuse up.

Spousal abuse does not come all of a sudden. It comes step by step, but as it is always said that love is blind, a lot of women ignore the symptoms, even if it is right in front of them. In Ghana, women are the main victims of spousal abuse. Some women keep it a secret to portray a sign of a perfect marriage, and to prevent society from ridiculing them. Some also gather the courage to report such acts, but later on feel pity and just withdraw the case, with the explanation that she doesn't want the father of her children to be an ex-convict. Others also say marriage is a sacred union, and that one must take everything that goes on in it, and that is adherent to the oath they took in church “for better or for worse.”

Spousal abuse normally begins with the man showing of extreme jealousy, and to the majority of women, jealousy exhibited by their spouse is a sign of love. It must be noted that when a man shows jealousy to the extent that he tries to control the life of the woman in terms of what she wears, whom she befriends, and talks to, it is a sign of future abuse. Most men try to exercise absolute control of the life of their wives, becoming over-protective and possessive, and closely monitoring every aspect of the woman's life. As time goes on and he is not able to control the woman to his satisfaction, he turns to abuse her physically over the slightest provocation or triviality. Sometimes the majority of women try to defend their partners, when they are caught by the law, by making all forms of excuses for their actions. However, it must be noted that abusers do not abuse because of loss of control of their behaviour, but do it with intent, sometimes under the cover of alcohol, which is no justification.

Situations of spousal abuse
Men, in one way or the other, as well face spousal abuse, and with the existence of the present economic hardships, obtaining a good job to feed one's family is very difficult. In this part of the world, where men are solely responsible for the up-keep of the home, providing for the home becomes hard. When this happens, a woman who is either a housewife or a working woman gets fed up with the situation, since she cannot bear all the responsibilities of the home. Obviously, as time passes by, the woman starts to act indifferently toward the man. The love, respect and adoration she had for the man begins to fade away, and she starts to offend him emotionally through abusive words. The orders and demands from the man are no more respected. The respect he gets from the home, by way of his wife serving him, immediately disappears. In most cases since the man is financially embarrassed, he becomes depressed and begins to have a sense of not being wanted or being useless, which eventually leads to drunkenness and sometimes suicide.

However, for men who are scared of losing their ego, they turn to misbehave, even if the woman has not shown any signs of disrespect. As a way of making the woman know that he is still the man of the house, even though he doesn't provide, he turns to be abusive so as to put a sort of scare into the woman. According to one Madam Salomey Jumo, a trader, her husband is unemployed, and she has to take care of all the expenses in the home. To her, she is not worried at taking care of all the expenses, since he used to attend to the up-keep of the home. This, according to her, has compelled her to work extra hard to put food on the table, pay fees and all utility bills in the home.

The pathetic thing is that the man gives her no helping hand, she sometimes does the washing of clothes and utensils, cooks and at the same time carry their little boy on her back, while the man sit idle and watches. She said on no single day has the man every helped her in the things of the house, even though he does nothing, and when she asks for his help, he tells her those activities are meant for women, and that he is the man of the house. It might not be physical abuse, but what Madam Jumo gets is another form of spousal abuse.

One Gladys Ntumi, a student in one of the universities, narrated that her boyfriend was so jealous to the extent that he does not even allow her keep the phone numbers of her male friends on her phone. She said whenever she receives a phone call in his presence he compels her to put it on the loudspeaker in order to verify if it is a male she is talking to. According to her, he once smashed her phone on the floor, because of a conversation she was having on the phone, for which he later on apologised. She stressed that he sometimes make attempts at hitting her, but has never done it, however she is scared he might hit her one day, so she is planning to quit the relationship.

Conclusion
Spousal abuse is a dangerous aspect of abuse which has a vicious cycle in generations of society. It is about time abusers learn to empathise with their victims, since it develops some form of trauma in their lives. They also ought to know that their freedom is at risk if they continue to put other people's freedom at risk. Victims of abusers should learn to take courage and report it to authorities in order for the law to deal with these abusers. Government and Non-Governmental Organizations (NGOs) will be of good help if they educate the public about the dangerous aspects of spousal abuse, people will then willingly report incidences, and as well know the symptoms of it.