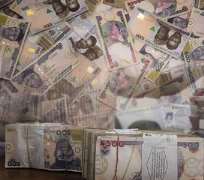 The country’s inflation rate is not subsiding and with March's surging inflation rate at 12.1 percent, the partial removal of fuel subsidy has begun to clamp down on the economy. The inflation rate of February was at 11.9 percent, and the new number for March (12.1 percent) shows that inflationary trend is gaining momentum as expected.

Food inflation rate increases from the February 9.7 percent to the 11.8 percent recorded for the month of March. The price of food stuff and products are getting higher due to transportation cost, which can be attributed to higher petrol price. Another contributory factor to higher food prices is due to poor access to urban areas where most of the food products are consumed. As a result of bad roads and poor transportation routes, farmers and commodity brokers accumulate more expenses which aided to spike the price of food.

The analyst at National Bureau Statistics (NBS) stated that "The increase in the headline index, composed of the core and food indices, partially was due to the planting season which increased the price of food products in the market, and an increase in prices in the economy,” but that cannot be factored without acknowledging the higher cost of transportation. Fuel cost more due to the partial removal of subsidy and the market is therefore adjusting to the new development and reality.

Reuters reported that "Nigeria sold a total of 140.61 billion naira ($893.33 million) in treasury bills ranging from three months to one year, with yields fell across the board after a heavy subscription by local and offshore investors, the results of the auction by central bank showed.

Traders and analysts attributed the fluctuation of the bond yields, market sensibility and not performing as expected was due to increasing inflation as food and petrol geared up as a result of subsidy removal. But digging a little deeper, the rising communal insecurity due to restive Boko Haram is sending a shockwave to the market that is not being absorb quickly and easily. The GDP of the country is not affected by the unrest and the Nigeria economy is projected to grow up to 7 percent in 2012 even with the projected 14-15 percent inflation rate. Nigeria at the moment is the third fastest growing economy among the emerging nations. Nigeria was picked as a 'Breakout Nations' in a new book written by the head of Morgan Stanley’s emerging markets division, Ruchir Sharma.

The Monetary policy Committee led by CBN Governor Sanusi retained the interest rate at 12 percent and it is expected after they have raised the monetary interest rate by six percent points. The Sanusi's Central Bank of Nigeria was aggressive in the battle to rein in the upward inflationary trends. The IMF in the last report it issued on Nigeria's economy has asked Nigeria to cool-off on ditching-up the interest rate after the six percent points that kept the rate at 12 percent.

The CBN ambition of keeping and maintaining inflation rate at ten percent by tightening monetary tool has been elusive to CBN. The Reserve Bank and its managers together with its policy makers must look yond bethe limited arm of the monetary tool. For at a certain point raising interest rate to tighten and mop-up money supply may have intended consequences. It may slow economic growth and may result in credit crunch.

The inertia and intellectual limitation occupying the policy makers’mindset that inflation projection must approach 14-15 percent as a result of subsidy removal cannot be accepted. It should not be necessarily fits into that pattern when a sound decision is formulated that looks beyond the limitation of the monetary tool.

Instead of dwelling on the shortfalls of tightening of the monetary tool by frequently spiking the monetary interest rate, a new fiscal pact can be made between the presidency and legislature that employed fiscal policies that will complement the monetary application coming from the Central Bank of Nigeria (CBN).

"The naira retreated against the dollar after Central Bank of Nigeria Governor Lamido Sanusi said an increase in March inflation was within estimates, adding to speculation that rates will be kept on hold. The currency of Africa’s biggest oil producer fell 0.2 percent to 157.405 per dollar on the interbank market as of 11:53 a.m. in Lagos, the commercial capital. The naira has gained 3.1 percent against the dollar this year, according to data compiled by Bloomberg," as was documented by Bloomberg’s Chris Kay.

The point must be succinctly made that the value of a nation's currency is chiefly determined by the economic wellbeing which is principally the nation's GDP. Although Nigeria's economy is steadily growing with a reasonable foreign debt but the economy is not sufficiently diversified.

In this case, Nigeria’s source of revenue comes primarily from export of oil and with limited foreign reserve the speculators are having a field day with naira. At the moment the value and recent appreciation of naira is attributed to the selling of dollar by CBN and oil companies. Therefore naira value is conditional and does not rest on sound strategic planning and outlook.

The recalibration or rebasing of Nigeria's economy by 40 percent with a methodological calculation that "would bring Nigeria's economy up from a current IMF estimate of $270 billion for 2012 to about $375 billion — just behind South Africa's, expected to be around $390 billion by the end of 2012," as reported by Reuters cannot rectify the fundamental problems of naira, inflation and unemployment. It enhances the image of the nation without much of anything.

The executive arm of the government could utilize fiscal policy tools including taxation, import duties and others to control inflation and the value of naira. Moreover, the provision of infrastructures especially electricity, roads and security apparatus should attract investments and capitals that can have a positive effect on inflation and on the value of naira.