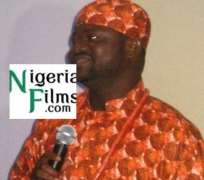 Report just getting to Nollywoodgists.com confirms that popular Nollywood director, Lancelot De Guv'nor Imasuen has lost his mother to the cold hands of death.

Mrs Imasuen died yesterday at the age of 72.

Lancelot told Nollywoodgists when he was contacted on phone to confirm the news that his mother's death came at the time he was getting to the peak of his career with his hit movie, Adesuwa.

The film got about 10 AMAA nominations at the just concluded AMA Awards but only won three. The movie was his first international hit film.

May her soul rest in peace. Amen.