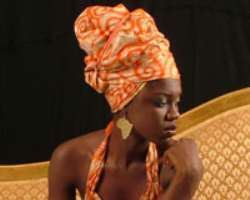 Rebecca Acheampong, better known as Becca, first came into the limelight almost as a contestant in the second season of the hit singing competition, Mentor on TV3.

She however turned out the opportunity after qualifying into the final 12 due to certain misunderstandings between her management and the organizers of the show. Call it a publicity stunt or whatever but Becca has been able to vindicate her talent and is today one of the hottest young artists in Ghana.

Her debut album, Sugar, scored several hits in Ghana and across Africa. She won a Ghana Music Award for Record of the Year. Her hit, You Lied to Me featuring Kwabena Kwabena earned her four other nominations.

She featured Hugh Masekela a great musician from South Africa on her track I love You and he also gave her directions on some of her tracks. Her record label E.K.B Entertainment and Hugh Masekela's Chisa Records in South Africa are collaborating to have some world tours and an album as well.

She has also collaborated with UK R&B star, Keisha White. She has earned nominations in the upcoming 2008 Kora Awards and Channel O Music Video Awards.

Becca is an old student of Wesley Girls High School in Cape Coast and Croydon College in London where she attained her certificate in Child Care and Education. Some of her hit songs include, You lied to Me, Heeyba, Sugar.