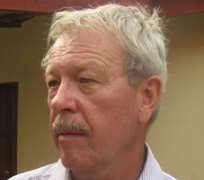 Following allegations of illegal looting of Nigeria's Nok Terra Cotta by German researchers, a recent meeting of stakeholders in Nok, Kaduna State has called for a review of the Memorandum of Understanding (MOU) between the two countries.

At the stakeholders' meeting organised by the national commission for museums and monuments (NCMM) it was resolved among others that the MoU should be reviewed to address all the concerned issues, especially the return of the Nok pieces taken to Germany by the researchers for laboratory analysis.

In a six-point communique issued at the end of the meeting, participants stressed the need for security agencies and community leaders to help in curtailing all tracts of illegal mining and illicit trafficking of Nok. The stakeholders equally resolved to bring to the fore permanent position of Nok in Nigeria's art tradition, inscription of Nok area as a World Heritage Site in line with the proposed National Tourism Master Plan as well as the need to review the law establishing the National Commission for Museums and Monuments (NCMM).

Shortly after the closed door meeting, Mallam Usman disclosed that all the restored objects taken from Nok to Germany by the researchers would return to Nigeria in 2013 to form the nucleus of the permanent exhibition. But while reacting to the allegation of large scale looting of artefacts on the Nok valley, which had equally triggered controversy, the Director-General said any allegations in that regard was without substance. He reminded that efforts have been made by the commission to safeguard the nation's priceless objects in the museum. He added that illegal mining in Nigeria covers both antiquities and solid mineral resources. He insisted that illegal mining and excavation would continue as long as the local communities are ignorant and that the crime will continue to leave the people impoverished.

While recalling that Nok archeological sites became victims of unprecedented looting in the 19990s when some of the sculptures were illegally exported to Europe and the United States, Usman explained 'The need to embark on scientific studies became very urgent in the face of this threat. As a result, the commission entered into a partnership with the Institute for African Archaeology and Archaeo-botany of the Goethe University, Frankfurt am Main in 2005. The joint archeological research is operated under the rules and guidance of the National Commission for Museums and Monuments.'

According to the DG, when he assumed office in 2009, he embarked on some operational reviews, which centred on legal and administrative framework, community involvement and capacity building. Earlier in the year, the age-long partnership between the National Commission for Museums and Monuments (NCMM) and the Goethe University, Frankfurt, Germany on the archaeological project on Nok culture was threatened owing to fresh allegations of 'illegal large-scale looting' of terracotta by German researchers.

The president of the Archaeological Association of Nigeria (AAN), Dr. Zacharys Anger Gundu of the Ahmadu Bello University, Zaria, had accused German researchers (the Professor Peter Breunig-led team) of promoting 'unethical archaeological practices in the Nok Valley in the name of 'scientific' archaeology. He alleged further that officials of the NCMM connived with the foreigners to perpetrate the 'looting'. According to Gundu, the visiting German archaeologists merely posed as researchers but are involved in the large-scale looting and illicit digging in places such as Kwatarkashi, Ife and other parts of Nok valley in Kaduna State.

In view of this, Gundu called for a review of the Memorandum of Understanding (MoU) with a view to addressing certain contentious issues. He condemned the alleged exclusion of Nigerian universities and archaeologists in the project implementation, just as he argued that the income generated during the exhibitions should be ploughed back to the community, while there should be transparency and in the return of the objects.

But Mallam Yusuf Abdallah Usman, on his part denied the commission's involvement in any 'unauthorised excavation' of artifacts. He hinted that the NCMM, since 2005, has been in partnership with the Institute for African Archaeology and Archaeo-botany of the Goethe University, Frankfurt am Main, Germany, adding that the German researchers are in the country with the objective of conducting research and enriching findings on Nok Culture generally.