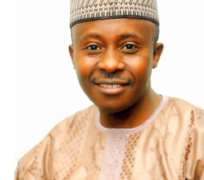 ABUJA, April 18, (THEWILL) - After a curious delay that seemed an eternity, the Federal House of Representatives Ad hoc Committee on Subsidy Regime Management on Wednesday submitted the report of its investigations on the floor of the chambers amidst reasonable allegations that the report submitted may have been doctored and the entire probe process managed in such a manner that some big players, as well as previously indicted companies and individuals were deliberately sidestepped in the final report.

Speaker Aminu Waziri Tambuwal has fixed Tuesday 24th April 2012 for commencement of consideration of the report.

More than 75 companies including the PPPRA and the NNPC were indicted in the report, amidst allegations that companies likes Venro Energy who could not defend their documents and whose bankers UBA denied that it facilitated any transactions with or for were cleared by the Ad-hoc Committee.

There are also allegations that the Committee did not probe the entire subsidy regime from the inception of the scheme thereby technically knocking out the alleged biggest beneficiaries of the fraud like Oando, MRS Oil amongst others.

Also, the PPMC which receives about 50% of all subsidy payments, making them the largest beneficiaries of the Petroleum support fund were not even mentioned in the probe.

Some stakeholders have also accused the probe committee of conducting a selective probe by deliberately bypassing MRS Oil owned by Saayu Dantata.

“Then there is also MRS Oil owned by Saayu Dantata, billionaire Aliko Dangote’s cousin, who was given an allocation to sell over 400,000 tonnes of LPFO which were not used in the country but completely exploited for personal gain and to repay campaign contributions.

“This transaction was as a result of Aliko Dangote’s donation of $10 million dollars to the Obasanjo administration and this transaction has not been the subject of any probe amongst many other similar transactions like this.

“We demand a probe that is total and therefore for this probe to be credible, it is important that it is not selective…. Let us have a probe of the industry in totality,” one stakeholder who asked not to be named told THEWILL.

There is also a brewing controversy amidst allegations that Chairman Farouk and Amina Maina, a Director at MRS Oil may have collaborated to target some players in the industry using the probe report.

Another controversial company, Capitol Oil which had earlier been indicted in the KPMG probe report for illegally selling tonnes of PPMC cargo (PMS and AGO) that were stored in their tanks was not asked to refund the value of the products running into billions of naira, nor was the company indicted for the wrongdoing.

However, in the over-200-page document, the committee, chaired by Hon. Farouk Lawan made 61 recommendations, asking for refund of a total of N1.067 trillion illegal payments and misappropriated funds to the federation account by the Nigerian National Petroleum Corporation (NNPC), the Petroleum Products Pricing Regulatory Agency (PPPRA), companies and other marketers.

The moment that Hon. Lawan laid the report down, Hon. Ali Madaki called for an executive session, which was approved by the speaker.

The committee also established that contrary to official figures earlier released, N2, 587, 087 trillion was paid on subsidy as at December 2011, amounting to more than 900 per cent over the appropriated sum of N245billion.

The NNPC is to refund N704b, PPPRA, N312b, 18 companies that failed to appear are to refund N41.90b while marketers will refund N8.664b. The NNPC is to further refund the N466b and N6b it owed the Nigerian Customs and NPA respectively.

The committee recommended that all the executive secretaries of PPPRA who served between 2009 and 2011 be prosecuted while indicted officials of the offices of accountant general of the federation, budget office and the ministry of finance be sanctioned in line with civil service rules. It called for the unbundling and overhaul of the NNPC as well as the reorganisation of the ministry of petroleum resources.

“The management and board of NNPC should be completely overhauled and all those involved in the following infractions be further investigated and prosecuted by relevant anti-corruption agencies: payment of N285.098b in excess of the PPPRA recommended figure for 2011, subsidy deductions of N310, 414,963,613 for kerosene against presidential directive, direct deductions from funds meant for the federation account in contravention of section 162 of the Nigerian Constitution, illegal granting of price differential (discounts) of crude price per barrel to NNPC to the tune of N108.648 billion from 2009-2011.”

On PPPRA, the panel said, “All payments, which PPPRA made to itself from the PSF account in excess of the approved administrative charges which were due to it under the template, should be recovered and paid back into the fund.

“The officials involved in this infraction should be further investigated and prosecuted by the relevant anti-corruption agencies. These confirmed illegal payments were the sum of N156.455b in 2009 and the sum of N155.824b in 2010, producing a total sum of N312.279 billion.”

The panel further submitted that “the payment of N999 million in 128 times within 24 hrs (12th and 13th January 2009) by the office of the accountant general of the federation should be further investigated by relevant anti-corruption agencies.”

Meanwhile, the committee recommended a reinstatement of subsidy on kerosene at a retail price of N50 per litre. It strongly advocated for a government policy to immediately recommence subsidy payment on the product, urging the withdrawal of the 2009 presidential directive. It also proposed a budget amount of N806, 766b for the 2012 fiscal year, for payment of subsidy on PMS and kerosene,”

Recall that the House constituted the ad hoc committee at its emergency session of January 8 while the committee held public hearings between January 16 and February 9, 2012.