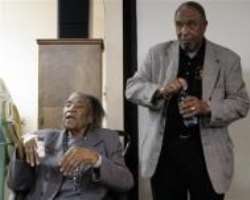 People who are more laid back are less likely to develop dementia in old age, a study has suggested.

Research published in the journal Neurology asked 500 healthy elderly people to fill out questionnaires about their personalities.

Those who were calm and relaxed had a 50% lower risk of developing dementia during the six years of the study.

UK experts said it offered "compelling evidence" of the need to be "socially active throughout life".

The personality questionnaires measured neuroticism - a term meaning easily distressed, and extraversion - or openness to talking to people.

The lifestyle questionnaire determined how often each person regularly participated in leisure activities and the richness of their social network.

During that period they were studied, 144 people developed dementia.

Good news
Dr Hui-Xin Wang of the Karolinska Institute in Sweden, who led the research, said: "In the past, studies have shown that chronic distress can affect parts of the brain, such as the hippocampus, possibly leading to dementia.

"But our findings suggest that having a calm and outgoing personality in combination with a socially active lifestyle may decrease the risk of developing dementia even further.

"The good news is, lifestyle factors can be modified as opposed to genetic factors which cannot be controlled.

"But these are early results, so how exactly mental attitude influences risk for dementia is not clear."

One theory is that stress and anxiety trigger the release of chemicals which can damage the tissues of the brain.

Dr Susanne Sorensen, head of research at the Alzheimer's Society, said: "Doctors have always believed that personality traits are linked to risk of dementia.

"This compelling new evidence suggests people who are easily stressed or not very outgoing should make every effort to be socially active."

But she said: "It's a chicken and egg scenario - do these personality traits increase risk of dementia in older people or are they an early sign of the disease?

"One in three people over 65 will die with dementia. It is vital to keep mentally and physically active throughout your life to reduce risk of this devastating condition."