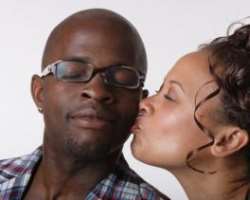 A dating guide written by a nine-year-old US boy is being published in Britain in time for Valentine's Day.

Alec Greven originally wrote How To Talk To Girls as a pamphlet for a creative writing project in Castle Rock, Colorado.

Local media got hold of his pamphlet when he sold it at a school fair to help fund a new running track, reports the Daily Telegraph.

He was invited on to Ellen DeGeneres's television chat show, an appearance which prompted the publisher HarperCollins to sign him up.

Alec's tips, based entirely on his observations of his schoolmates, was turned into a 46-page book which spent five weeks in the New York Times best-seller's list. Then in December, Fox gave Alec a six-figure film deal.

Now the pithy guide is likely to achieve similar success in Britain when it arrives in bookshops in time for the most romantic day of the year, Saint Valentine's Day.

Nuggets of advice include combing your hair, cutting down on sugar and knowing that while 73% of regular girls "ditch boys", the rate increase to 98% for pretty girls.

He wrote that: "It is easy to spot pretty girls because they have big earrings, fancy dresses and all the jewellery. Pretty girls are like cars that need a lot of oil."

Greven says he managed to become a dating expert at such a young age by watching his classmates try their luck with the opposite sex.

He said: "Let's say a boy was going to try and say 'Hi' to a girl he likes, I would stand nearby and peek and listen in. If a problem happened twice, I put it in my book. If something worked a few times, I put it in my book, too. I did research around the playground."