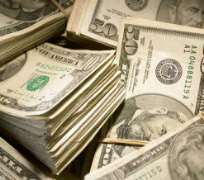 Stacy Knutson, a struggling Minnesota waitress and mother of five, says she was searching for a “miracle” to help her family with financial problems. But that “miracle” quickly came and went after police seized a $12,000 tip that was left at her table. Knutson filed a lawsuit in Clay County District Court stating that the money is rightfully hers. Police argue it is drug money.

Knutson was working at the Fryn' Pan in Moorhead, Minn., when, according to her attorney, Craig Richie, a woman left a to-go box from another restaurant on the table. Knutson followed the woman to her car to return the box to her, but the woman told her to keep it.

The box felt too heavy to be leftovers, Ritchie said, so she opened it — only to find bundles of cash wrapped in rubber bands. Knutson said in the lawsuit::

Even though I desperately needed the money as my husband and I have five children, I feel I did the right thing by calling the Moorhead Police

Police seized the money and originally told Knutson that if no one claimed it after 60 days, it was hers. She was later told 90 days, Richie said. When 90 days passed, Knutson was still without the $12,000. Police told Knutson the money was being held as “drug money” and she would receive a $1,000 reward instead, the lawsuit states. Lt. Tory Jacobson of the Moorhead police said he could not disclose much information about the case because it is an ongoing investigation.

SMH. She should have just kept the money if she thought it was a “tip”…now she's mad because she's outta luck now. Poor thang. Those shady cops probably already spent that $12K..