OBESERE SINGS FOR TINUBU AT 60 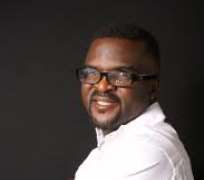 The album entitled 'Jagaban @ 60' was officially released few days ago and distributed nationwide free of charge to felicitate with the political icon who on Thursday, March 22, 2012 marked his birthday at Blue roof, LTV8, Agidingbi, Lagos amidst pomp and ceremony.

The album Jagaban @ 60 chronicles the giant strides and struggles of Asiwaju in his race to deliver good governance to his people. According to Obesere who was also the official musician of the birthday bash, the initiative to dedicate an album to the consummate politician was triggered by the immense contributions of the former governor to the growth of Nigerian politics and economy. Speaking, 'Asiwaju has paid his dues as far as leadership is concerned. Posterity will be told how he administered Lagos proficiently and how he fought and won the freedom battle in the Southwest along with other compatriots. He is a father to many of us and very supportive to the entertainment industry as well. I wish him many more years of services in arrears,' he noted.