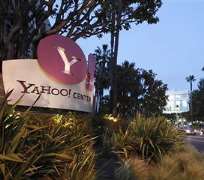 Yahoo Inc said it was laying off 2,000 employees, signaling a broad shakeup of the company.

"Today's actions are an important next step toward a bold, new Yahoo -- smaller, nimbler, more profitable and better equipped to innovate as fast as our customers and our industry require," Chief Executive Officer Scott Thompson said on Wednesday.

"Our goal is to get back to our core purpose -- putting our users and advertisers first -- and we are moving aggressively to achieve that goal," said Thompson, who took the helm of the company in January.

Sunnyvale, California-based Yahoo, which ended 2011 with roughly 14,000 employees, said it would save $375 million annually from the cuts. It will incur a pretax cash charge in the second quarter of $125 million to $145 million in connection with the cuts, it said.

Some analysts were skeptical about the layoffs, which had been widely expected.

But at Macquarie Research, Ben Schachter saw the layoffs as a start in determining the new direction of the company.

"Scott Thompson is not there to tweak the business," Schachter said. "He saw something in the assets to make him think there was potential."

Yahoo said it would provide more details of its plans when first-quarter results are released on April 17.

Loeb, who runs Third Point, is seeking to appoint four new directors to Yahoo's board. Third Point, with a 5.8 percent stake in Yahoo, is the company's largest shareholder.