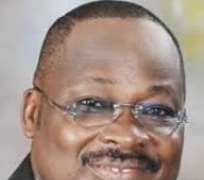 The age long rivalry between Rangers International Football Club of Enugu and Shooting Stars Sporting Club (3SC) of Ibadan will continue today at the Nnamdi Azikiwe Stadium in Enugu, when the traditional teams file out to battle for the maximum points in one of the Week 18 fixtures of the Nigeria Premier League (NPL).

All things being equal, the stadium is expected to fill to its brim considering the calibre of the two teams in Nigerian football.

Today's encounter is very crucial for both sides. Rangers needs victory to consolidate its chance of either lifting the league trophy after many years without silverware, or at least, securing a ticket to play on the continent next year. 3SC, on its part, would want to carry the day to better its poor standing on the log.

At the moment, the Coach Okey Emordi-tutored Enugu side is placed third on the NPL table, and if what Rangers has offered this season were anything to go by, 3SC would as well forget dreaming of picking even a point in Enugu today. But like they say, football is no mathematics.

Anything can happen.
3SC is one club that knows how to rise to the big occasion and today's encounter is one of such. The team will definitely throw everything into the match hoping to pick at least an away point.

The Oluyole Warriors from Ibadan are on the 17th position with 20 points, while the Enugu Flying Antelope is placed third on the log with 29 points. So, while 3SC would be battling to remain in the Premier League next season, Rangers would be fighting to humiliate its old foe on home ground and as well, brighten its chance of winning the title or at least, picking a slot to play on the continental next season.

Coach Emordi will unleash top striker, Chikeluba Ofoedu, Kabiru Umar, goalkeeper Anyalogu among others on 3SC to ensure that Rangers carries the day, while 3SC will rely on Mutiu Adegoke, Kabiru Alausa and former Eaglets' keeper, Dele Ajiboye, to counter whatever trick Rangers might come up with.

However, the prowess of both benches will go a long way in determining where the pendulum will swing by the end of the 90-minute hostilities.

Emordi's experience in technical matters is already taking Rangers International to the top. He guided Enyimba to defend its CAF Champions League trophy in 2004 and he is already making a great impact with the Enugu side. 3SC will definitely not find it easy with him this afternoon.

On its part, though the management of the Ibadan side sacked the chief coach of the team, Festus Allen recently, caretaker coaches Gbenga Odubola and Ajibade Babalade will work hard to thwart whatever antic Emordi might come up with in today's encounter to ensure that they leave Enugu with their heads high.