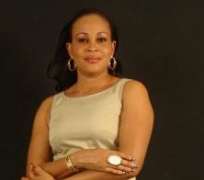 Reports getting to Nollywoodgists.com has it that Lola Alao, Ngozi Ezeonu, Bukky Wright and Segun Arinze have been blessed with a new deal.

The deal, which we learnt is multi million naira worth, was recently signed by the actors.

We were told that the deal was signed with United Kingdom's mobile network carrier, Vodafone. They shot television commercials for the telecoms giant.

Vodafone is expected to kick start its operations in Nigeria soon.