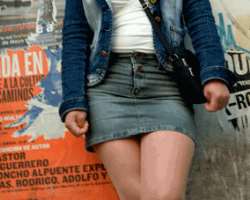 21st November 2008: Those who think that only men pay for are wrong. Many unsatisfied Italian women are ready to pay for gratifying sex with a man.

A new research shows that 10% of Italian women have paid to have sex with a man at least once.

The research carried out by Associazione Donne e qualità della vita, headed by sexologist Serenella Salomoni shows that when it comes to seeking sexual pleasure, 34% of Italian women are ready to pay as much as 100 Euros to sleep with a man.

The researchers interviewed 560 Italian women aged between 25 and 65 years. While 36% of these women said that they paid to have sex with a man purely for transgression when they were feeling low, 8% affirmed that they would do it whenever they can.

Who are these women who pay for sex? Twenty-nine percent are consultants and self-employed professionals, 21% are employed women who are not satisfied with their lives, 16% are managers, 14% are part-time workers and 8% are housewives.

The research shows that there are many reasons making women pay for sex.

Fourteen percent say they do so because of the desire to have gratifying sex.

Twenty-eight percent say they do so because of lack of affection and attention from their partners, while 19% say they pay for sex with a man because of loneliness.

Out of the 560 Italian women interviewed, 27% consider it normal for a man to sell his body. They see it as a normal job like any other.

Mr. Massimo Giletti, presenter of “Domenica In - L'Arena” TV programme who was named by the women as the ideal man to pay to have sex with, said that in reality, women who pay for sex “most probably need to be listened to, they need someone to talk with, to embrace”.