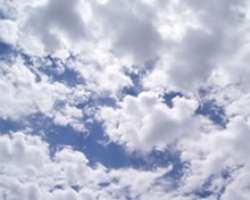 Gathered around a small pot of boiling maize in a remote village in Gbana is Ruby, a peasant farmer, as well as her four children who are waiting to cook their last meal.

Life has not been easy for the family and many other farmers in and around their village as their crop yield has been poor due to bad weather.

Ruby and farmers in other parts of the world are among people in the global community who are experiencing the negative impact of climatic change as a result of human activities.

Those seriously affected by the change are women and children who constitute the most vulnerable group in society and environmental¬ists say the global community is living on a time bomb that can explode at any time.

According to the preamble of the Women's Manifesto of the United Kingdom (UK), “climate change is the single greatest environmental threat to life on earth. It not only impacts on our environment physically and economically, it also affects us socially and culturally."

The issue of climate change has become dicey as the environment has for centuries been polluted and the end result is the numerous natural disasters such as floods, cyclones, rising sea levels, heat waves and hurricanes which are being experienced throughout the world.

According to the originators of the manifesto, women are also far, more concerned about environmental issues than men but, unfortunately our importance is not mathed by our representation. Women are significantly under-represented in decision-making positions on environmental issues, industry and the scientific community. We are also insufficiently empowered in taking action in our own homes to mitigate the effects of climate change.

Globally, women are said to be more vul¬nerable to the impact of climate change due to their, different social roles and status. In the developed world, increasing costs of energy, transport, health care, and nutrition are likely to affect women more than men.

In develop¬ing countries, women are already suffering disproportionately; as a consequence of climate change.

It adds that women are more likely to be the unseen victims of resource wars and violence as a result of climate change.

Women are believed to be more environ¬mentally aware than men, more likely to be doing something about climate change but also more likely to suffer from its effects.

They spend more time shopping than men and make the majority of purchases that have a direct impact on, climate change, including food, clothing and household goods. As household managers women are believed to hold the way to controlling household carbon, emissions across the world.

However, due to the feminisation of poverty other existing gender inequalities, and the gendered roles of men and women in society and in the division of labour, there are gender differences in climate change impacts.

At its 46th session 2002, the Commission on the Status of Women took up climate change issues when it addressed environmental management and the mitigation of natural disasters. The agreed conclusions adopted by the commission called for action to mainstream a gender perspective into ongoing research by the academic sector on the impact of climate change, including the root causes, and to encourage the application of the results of this research in policies and programmes.