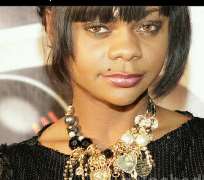 It was reported that Karen refused a photo shoot session with Vimbai for a magazine publication.

Another dimension was brought into the news when Denrele Edun reportedly supported Karen's alleged snob on Vimbai.

According to a statement made available to Nollywoodgists.com, Karen rubbished the claim that she rejected a photo session with Vimbai.

Part of the statement reads, "Ms Karen has been in frequent communication with [former] housemates. [She has] even proven [that] with the time spent with Millicent (Kenya) when she came to Nigeria in spite of the 'House' confrontations between both during the BBA game episode."

Giving insight into the genesis of the rumour, the statement reads, "Ms Igho was approached in Abuja on the 4th September, 2011 by the publisher of the magazine at a casual meet to participate in a photo shoot for the magazine.

No exact time was proposed because at the time Karen was preoccupied with spending quality time with her family in Jos; more so as she had just returned from the Big Brother Africa house and needed a relief from the Amplified euphoria.

However, Karen recently got a call with respect to the photo shoot, but for her engagement with her friend, Denrele Edun on 'Heavy Beauty' movie production set, she could have gladly obliged.

Hence, it is not practical that Karen, who was on a movie set in Lagos, refused or walked away from being part of a photo shoot session with Vimbai in Abuja."

Karen and Vimbai were housemate at the 2011 edition of Big Brother Africa Amplified, which Karen won.