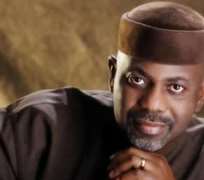 Senator Liyel Imoke’s strategic whirlwind campaign that culminated in his landslide re-election as Governor of Cross River State, will go down in the history of democracy in Nigeria as the enthronement of its modern campaign era. Governor Imoke ran a colourful, Carnival-like but issues-driven campaign that arrested the imagination of the electorate in the State. So much so, Imoke ill-motivated and inarticulate opponents were left reeling in his shadow. Imoke pitched for every vote, wooed everyone, and counted the low and mighty. The election result bore witness to this fact.

Not that the opponents offered any existential threat to Imoke’s re-election. A critical examination of the political spread and the choices available had shown that there was no alternative to Imoke. Even within the Imoke political empire, this knowledge was widespread. This, did not, however stop Imoke and his team from campaigning and converting voters as if they were the dark horses in the race. Leading from the front, Imoke and his team campaigned intensely in all the 18 Local Government Areas in the State. They occupied every inch of space. At the rear, a plethora of non-governmental groups specially dedicated to Imoke’s return bid, were on hand to mobilize and canvass for votes in the city, towns, communities and villages in the State. At the end of the day, before the jury was called it was obvious that Imoke was poised for a big come back to Government House, Calabar.

His political cutting edge was sterling all-round performance, anchored on a well-articulated Seven-Point agenda. Another well-heeled niche was his identification with the hopes, concerns and expectation of the people. This inspired him to drive the government to them especially those in rural communities. Yet, another was his off-hand approach to governance and personal humility that is legendary as it is infectious. These and more were his unique selling points.

Imoke also leveraged his suave campaign on the enormous reach, appeal and popularity of the internet, especially the media. The ebb and flow of the campaign, including the themes and other issues were hammered home, to full effect via Facebook and Twitter. Mostly through graphics, pictures and notes, a spectrum of audience, home and abroad, were able to follow the campaign, and contribute to the debate in the comfort of their homes. This is not to talk of numerous online pages and groups committed to Imoke’s comeback bid.

By the time the chips were down, Imoke was riding the waves of the highest approval rating of his political history. There was an outpouring of goodwill for all quarters. On the eve of the election, it was crystally clear to keen observers where the pendulum will swing. The next day February 25, 2012, Governor Imoke won the election with the highest margin in the history of gubernatorial elections in the State 541,000 to 31,000.

The various congresses and campaigns running up to the elections and the elections itself was not overshadowed by acts of violence, intimidation, thuggery and rigging. Imoke saw to the creation of a level and open playing field that held his opponents spellbound. The electoral principle of one man, one vote was at its highest level of observance and practice. Each vote counted, and was indeed, counted. This led analyst to conclude that the Cross River State democratic template should be the benchmark for the rest of the country, and even the sub-region. So again, Cross River State proved to be the shining light in Nigeria’s dark spots.

In victory, Governor Imoke has remained magnanimous, and true to the core principles that made his first term such a remarkable, success while pursuing changes from within. In an iconic speech and superb political gesture at his inauguration, Imoke told a mammoth crowd that the best was yet to come. He promised to sustained his efforts to make Cross River an emerging service-driven economy. He promised to surge his intervention in rural areas and reforms in critical sectors, and take the government to the long-neglected. He stressed that a New Cross River State was in the ascendancy.

Imoke has an intensely creative mind that believes in the destiny of Cross River State as a leading State in Nigeria. Imoke sees social change and economic reforms as potent tools for an enduring social equity. He has launched several initiatives in pursuit of this goal. Imoke has turned around the climate of despondency and disempowerment that reigned supreme in the State before he took the reins of office. Imoke views the office of Governor, and his leadership of the State as a moral force for the re-orientation of the State, and consolidating the gains the State has made since the call of democracy in 1999.

Imoke’s leadership, political courage and charisma are highly responsible for the resurgence in the State. He has garnered tremendous goodwill over the years. This saw an overflow during the campaigns and the elections. It was, therefore, fulfilling that Cross Riverians came out in large numbers to occupy polling units for him. From all indications, the State is in for its golden era. Imoke is riding this golden era in waves of glory. He clearly defines the spirit, dynamism and ambitions of his generation. He is a leader whose popularity cuts across all generations and political spectrums.

Last Sunday, Governor Imoke and his wife held a Thanksgiving Service at Winners Chapel, in respect of his triumph at the polls. The event draws the curtain on the campaign season. With that divine event, the stage is now set for the resumption of government business, and the continuation of the programme and projects that have raised governance standards and extended the frontiers of development in the State. Imoke has made history, and the rest as they say, is history. Yes, Imoke is back in a big way.

Written By By Etowa Okoi