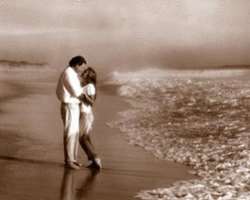 There's no doubt about it. Men and women are wired differently. Men know this, yet they continue to use the same, ineffective tactics to try to get women. What's even more stunning is that they are surprised when those tactics don't work. So, just what are those differences and how do they effect the way that men and women communicate?

The answers may surprise you.

American ethicist, psychologist and feminist, Carol Gilligan, details some of the more striking differences between the sexes in her book "In a Different Voice." In one section she discusses how males and females approach a problem and make decisions. Generally, males make their decisions based on the ethics of justice while females use the ethics of care. This goes back to the beliefs that men are more logical and women are more emotional, but takes it a step further.

This is very important when communicating with a woman. While men are more results oriented and prefer a more straightforward approach with the easiest route to the end, women operate in a different manner. Women tend to communicate in a manner that is conducive and focused on building and salvaging relationships.

Now, when you are trying to determine just how this information will help you communicate better with women, consider this: If you talk to a woman in her language, on her level, don't you think that you will get better results than you would if you just forged ahead doing your own thing? Of course you would!

Women are also more inclined to talk things out than a man would. Women want to resolve conflicts, or perceived conflicts, by discussing various aspects of the situation. They want to rehash the topic over and over until it has been worked over and wrung dry of useful information. Men, on the other hand, tend to clam up, preferring to refrain from discussing the issue, or "saying their piece" and then moving on. This can cause problems between men and women because the man shuts down and the woman feels neglected.

The smart man will take the time to listen to the woman in his life. He should not only listen, but respond to what she says. Ask questions, insert comments and create some open dialogue. This will not only fulfill the woman's need to communicate, but it will also get issues out in the open and on the table so that they can be dealt with and faced. This could work to your advantage, particularly if you are in a relationship that you value.

Men and women are different, for sure. But if you are watchful and pay attention to the clues that the women around you are dropping, you can learn how to communicate effectively with them. Just try to mimic them, discretely of course, but emulate their body posture, look them in the eye and pay attention to little cues that she will give. Ask questions, talk with her and show that you care. When you meet her on her level with her communication style, you will have her attention - and possibly even her devotion.

In the mean time, Good Luck!

OR if you would like to receive a FREE copy of a limited number of the eGuide “Instant Magnetic Attraction” and discover “What do Women Really Want From Men”, check out http://www.secrets2datingsuccess.com

-----
About The Author
Terry Leslie is a successful and world renowned authority figure on creating and maintaining successful relationships. A much sought after global speaker in the areas of intimate relationships, self-improvement and human peak potential training.

For more Secrets to Dating and Relationship success, check out http://www.secrets2datingsuccess.com