What's That Sore? The Lowdown on Herpes 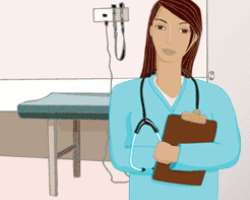 Can my partner get herpes from me when no symptoms are present and he uses a condom?
Listen to article

What are the symptoms?

Oral herpes causes cold sores or fever blisters on the lips or inside the mouth. Cold sores and fever blisters are common in young children because parents can pass oral herpes on to their kids with a goodnight kiss.

* recurring rash with clusters of blistery sores appearing anywhere on the vagina, vulva, cervix, penis, anus, buttocks, or elsewhere on the body

* pain and discomfort in the genital area

* itching and burning sensations during urination

Does herpes ever go away?

Once you've been exposed to HSV-1 or HSV-2, blood tests for herpes will come back revealing that you have the virus. But that doesn't mean that you'll always have symptoms — or that you've ever had symptoms. Herpes can't be cured, but outbreaks usually occur less often and become less severe over time. In fact, for most people, frequent outbreaks stop within five years.

How is herpes spread?

The virus is more contagious if an outbreak is present (although it's also possible, but less likely, for the virus to spread even if there is no sign of an outbreak). An outbreak or recurrence is most contagious until seven days after sores have completely healed — when not even scabs are visible.

What if I have a herpes outbreak?

* Do not touch the sores. If you do, wash your hands with soap and water (which will kill the virus).

* Wash your hands often, especially after going to the bathroom and before touching your eyes (because a herpes infection of the eye can lead to a very serious infection and even blindness).

Pregnant women may pass the virus to newborns if birth occurs during an outbreak. Cesarean sections are often done in these cases to prevent serious damage to the newborn.

Who has genital herpes?

Millions of people have genital herpes and don't even know it, because they had no symptoms or their symptoms were minor. Because the sores of an outbreak go away and do not always recur, and because they can be mistaken for minor problems like razor burn, many people never see a clinician to get a proper diagnosis.

If you think you've been exposed to herpes or have symptoms (today or in the past) that sound like those described above, see your clinician. The clinician can take swabs of the sores or perform a blood test to see if you have herpes. Although there is no cure for herpes, there are prescription drugs available to treat the symptoms and to reduce the number of recurrences.