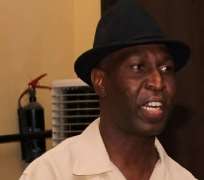 Since the vehement advocacy for change of administration started in Bayelsa State, The Nation Newspaper has been championing all manner of negative publicity against the person of Mr. President and those in their imagination were in the Restoration Team. In all modesty, the belligerence posturing demonstrated by Mr. Sam Omatseye – the Chairman of the Editorial Board falls far below the standard of fair news reportage and the objectivity required of a journalist.

I know (maybe Sam does not know) that the social responsibility function of media practitioners have a moral obligation to consider the overall needs of society when making journalistic decisions that will produce the greatest good. Ipso facto, a commitment of social responsibility is imposed on journalists to report on the basis of facts, as only cash and carry journalists practice their vocation to the contrary. On Page 19 of Monday’s edition of The Nation Newspaper, Omatseye on “Wages of Impunity” still poured his acidic vituperation on the President and the Bayelsa State Restoration. The thesis of the editorial writer can be summed up in three points.

First, the editorial opinion dwelt on the low turnout of voters in the February 11th Governorship election and queried why Governor Henry Seriake Dickson pooled 80% of the total votes cast. The pertinent question to ask is when did the Nation Newspaper begin to perform the functions of the Independent National Electoral Commission, INEC? The Nation Newspaper is certainly neither one of the candidates that contested the elections nor the accredited observers of balloting. The second issue was a reference to the Jonathan-Sylva face-off. The writer again displayed crass ignorance about the political undercurrents at the time of Late President Yar’Adua. It is true that Mr. Timipre Sylva teamed up with the anti- Jonathan forces but at no time has Mr. President recalled those sordid episodes. That Sylva drummed up support for President Jonathan is a wretched falsity, a dummy sold to the public by those gobbeling for the roughish, cult-sponsoring and Famou Tangbei patronizing Sylva. In the South-South, there are performing Governors who played the role of rallying support for the ruling PDP, certainly NOT Sylva. For the avoidance of doubt, President has the whole nation as his constituency and that is what his oath of office demands.

Thirdly, the writer accuses Mr. President of playing an unpresidential role in the political funeral of Sylva, adding that these actions pose a danger to democracy. What however the writer failed to say is the unacceptable level of mismanagement of Bayelsa resources by Timipre Marlin Sylva and the regime of cultism, lootocracy, criminal mal-performance and broken promises – which prompted the youths of the State to stone him as a sign of rejection. Bayelsans are aware that the way and manner Sylva conducted himself not only brought shame to the State but to his kinsmen of which I am one. To the best of my knowledge President Jonathan is a saint, for if he were his predecessor, Sylva would have been facing a worse fate than Ibori. The President is a God fearing man and all his actions are guided by this philosophy and within the ambit of the constitution, which he is under oath to protect.

Sylva’s looting of the State’s coffers is indefensible; his sponsorship of cultism is most heinous and vile; his mal-performance index is the worst ingratitude he did to the electorate; and Bayelsan could not imagine keeping such a depraved character as a governor for one more day. The likes of Omatseye (hirelings) and their co-travelers who do yellow journalism to defend the indefensible should not sheath their dagger and move with time – for that is what the calling of true journalist deserves.