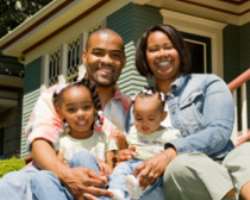 CREDIT: Getty Images Austrian researchers have conducted a study that seems to quantify the age difference that results in the most children.
Listen to article

LONDON - To have the most children, men should find a partner six years younger and women a mate four years older, Austrian researchers said Wednesday.

While it is no surprise to hear that men pick younger women to bolster their reproductive fitness and that women choose older partners for security, the study is the first to quantify the age difference that results in the most children, he said.

"Nobody has shown before this has consequences for the number of offspring," Fieder said in a telephone interview. "We have shown for the first time this is the case."

The researchers wanted to find the most beneficial ages for both men and women to have the most offspring, so looked at the data with that in mind and came out with different numbers for each.

Writing in the Royal Society's Biology Letters on Wednesday, the researchers said they collected information from Swedish national registries to track the number of births and age of parents going back 55 years.

The researchers looked at men and women who did not change their partners between the birth of their first and last child and found the age differences among couples that produced the most offspring.

For both men and women, having a partner of the optimal age meant having an average of 2.2 children compared with 2.1 children when they picked partners of the same age -- a significant number in evolutionary terms that accumulates over time, Fieder said.

The findings are the result of a statistical analysis and do not mean that every man can find a woman six years younger and that every women would find a man four years older.

"It was a very systemic pattern," Fieder said. "We don't think it is random."

The study of couples during their typical child-bearing years also showed that both men and women who changed partners usually chose a person younger than the one they had before for their second one, Fieder said.

The finding regarding men was expected but that women also traded in for a younger partner was surprising, said Fieder.

He suggested that because women are older when finding a second partner, they look for a younger, more fertile man.