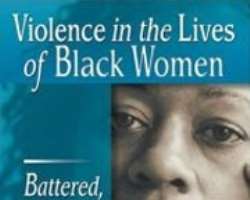 Sexual assault is not an occasional happening, on the contrary a woman is assaulted every 2 and a half minutes in the United States. When you consider that at least half of the assaults go unreported, that is a staggering number of women and girls whose lives are affected negatively by this trauma.

Dr. Michael Scolatti, a psychologist who works with sexual offenders says, 'Even though it happens to the individual, it is a public health problem because it affects so many spheres of a person's life. 20% of clinical depression can be traced to being sexually abused, two-thirds of the women who are in substance abuse treatment centers have a history of sexual abuse and 80% of the eating disorders have a root cause of some kind of sexual trauma.'

In the interest of prevention, communities need to do more to empower, educate and support those who are the most vulnerable. Again, Dr. Scolatti said, 'This is a problem to all people in the community, not just the victim. It affects the family, employers, co-workers, interactions with others, because of the lack of trust. The ripple affect of sexual trauma has long reaching tentacles.'

Tips to teach the women we love:

1. If you are attacked, always remember the elbow is the strongest point on your body. If you are close enough to use it, do!

2. If you are mugged and the robber asks for your purse, don't hand it to him but throw it away from you. Then run like crazy in the other direction.

3. Use your loudest voice to scream for help, but if there is no one around, scream 'NO!' and hold your hand in a stop position as you are backing away.

4. If someone should jump in your car and hold a gun to your head, do not drive off. Instead put your foot on the gas pedal and speed into something. The airbag will save you, and as quick as the car hits, jump out and run.

5. Be aware of your circumstances at all times. If you feel you are being followed, go to a public building and call 911. Do not take a chance.

As humans, we are all blessed with an inner voice that gives us warnings and promptings. If something or someone does not feel right, then leave the area as soon as possible. Do not try to argue with your institution.

Sexual Assault is not about Sex

Sexual assault is about power, control, anger and feelings of inadequacy on the part of the offender. It is acting out of these thought patterns which focuses on those weaker and more vulnerable, which puts others at risk. Men, women and children who have been forced into sexual situations which were not consensual or where there was an unequity of power, should feel no blame or shame. It behooves us as a community to offer support for victims and speedy criminal charges and incarceration for those who would violate our most vulnerable members.