MEN AGAINST WOMEN IN PROSTITUTION 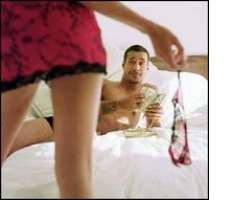 Prostitution may be defined as the sale of sexual services (examples: oral sex, sexual intercourse) for money. A person selling sexual services is a prostitute, a type of sex worker. In a more general sense of the word, anyone selling their services for a cause thought to be unworthy can be described as prostituting themselves.

Prostitution is considered as the oldest profession in the world and as Oumar Tandia would put it, since Africa is the birthplace of humanity. It would therefore be logical to suppose that prostitution has existed in Africa since the beginning of time.

Surprisingly, then, prostitution as it is known today – selling sex for money – only appeared in Africa at the time of colonization. Before then, everything worked on an exchange basis. Even prostitution was part of an exchange: for food, protection or just for presents. In many villages in Africa this is still the case.

Prostitution, pornography, and other forms of commercial sex are a multibillion dollar industry. They enrich a small minority of predators, while the larger community is left to pay for the damage. In a discussion on why some young girls made the choice to become prostitutes, they said;

"I saw Pretty Woman and I liked the clothes they wear".

"I saw a great movie and I thought, Wow, what an easy and fun way to make money."

"I realized that gang rape could be a transcendental experience."

"I figured that lying on my back and having sex with many men, and getting on my knees and s*cking their d*cks, was the most profound empowerment a woman could have."

"My boyfriend wanted me to do it. He said that being part of a stable of whores who worked for him could help me learn how to get along with other women."

"My father wanted me to do it."

"I felt coerced by my landlord, the utility companies and school fees .In fact I needed money for all these."

The above reasons clearly indicate that, young girls do not just enter into prostitution, but have very interesting reasons why they chose to become prostitutes. Some of these reasons as you may have noticed are financial and out of curiosity amongst others.

My interaction with some also revealed that some of them are lazy and always wanted quick money. Others also mentioned pressures from their peers.

In other cases, women were deceived by certain travel agents, who promise them jobs abroad. They later end up as prostitutes working for them.

In Ghana, and for that matter Africa, the situation of prostitution usually reflects the economic situation of the whole continent. And with the influence of the European-style; money-driven prostitution is now the dominant reality in Africa.

In an exclusive interview I had with some men on why they sleep with prostitutes, they said the following:

One common reason men gave for having sex with prostitutes was a problem with finding a girlfriend. According to David, who is 22-years old the difficulty seemed to stem from his shyness in the company of women. He has a “POP” mouth

Another man who suffered a break-up with the girlfriend considered visiting a prostitute after a long period without a sexual partner.

Another man, Craig, said «I am never satisfied with one lady and always wanted a change, I feel different women taste differently and as such have to enjoy them”

Other men perhaps want to experience sex while they are abroad because they are either visiting for a short time or want to “taste” foreign girls.

According to a married man I spoke to, he had some problems at home with the wife who denied her of sex for one week, and that landed him into having sex with a prostitute.

These reasons tell you how some men regard women. It is very sad to see some men taking undue advantage of women just to satisfy their sexual desires-Seeing women as sex objects.

But then, has women gained respect and honor from men through prostitution?

In my view, the answer is, NO! Prostitutes experience a specific inferiority. A prostitute lives the reality of being an inferior woman. This is to say that every man who has ever been on top of her has left a piece of himself behind; and she is also the woman who has a purely sexual function under male dominance so that people believe that prostituted women are inferior.

In general, the prostituted woman is seen as the generative source of everything that is bad and wrong and rotten with sex.

When men use women in prostitution, they are expressing a pure hatred for the female body. It is as pure as anything on this earth ever is or ever has been. It is contempt so deep, so deep, that a whole human life is reduced to a few sexual orifices, and he can do anything he wants.

Sometimes the man can abuse or brutalize the lady after having sex with her and even to the extent of refusing to pay. This usually happens when the lady follows the man to his house.

This is really sad, most often she has nowhere to go. There is no police to complain to; the police may well be the guy who is doing it. Whoever she goes to, will want payment in kind. She is nothing.

Many of us have experiences in which we feel like nothing, or we know that someone considers us to be nothing or less than nothing, worthless, but for a woman in prostitution, this is the experience of life every day, day in and day out.

According to one writer,Men use women's bodies in prostitution to communicate with each other, to express what they have in common. And what they have in common is that they are not her. So she becomes the expendable. Funny, she has no name. She is a mouth, a vagina, and an anus, who needs her in particular when there are so many others? When she dies, who misses her? Who mourns her? She's missing, does anybody go look for her? I mean, who is she? She is no one.

There is also a specific kind of dehumanization experienced by women who are used by men. It is true all women experience being objects, being treated like objects. But prostituted women are treated like a certain kind of object, which is to say, a target. A target isn't any old object. You might take pretty good care of some objects that you have around the house. But a target you go after.

You put the dart in the hole. That's what the prostitute is for. What that should tell you is how much aggression goes into what a man does when he seeks out, finds, and uses a prostituted woman.

But then, how can women eliminate this attitude of men seeing them as inferior and also abusing them? I know it means taking power away from men and this is difficult. But if men have too much power and are not using it right, what do women do?I think some men are bullies.

They have too much of it. Any man who has enough money to spend degrading a woman's life in prostitution has too much money. He does not need what he's got in his pocket. But there is a woman who does. So then, what do women do?

Is legalization an alternative in solving these attitudes of men? Well, what can I say?

At this point I want to urge our ladies to make themselves enemies of male dominance, because it has to be destroyed for the crime of prostitution to end.