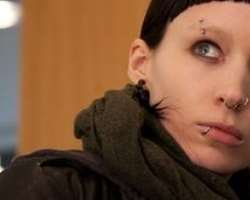 The film has some sex scenes
Hollywood's remake of The Girl with the Dragon Tattoo is unlikely to screen in India after local censors called for the removal of “explicit” scenes.

Indian censor official JP Singh said they had objected to some scenes in the film and “wanted them to be blurred”.

Sony Pictures in India said in a statement quoted by the AFP news agency that it would not compromise on the content of the film.

It is based on Stieg Larsson's best-selling thriller which tells a story of murder, corruption and family secrets, and contains some sex scenes.

“Bare bottom and bare-breast scenes are not allowed in India,” Mr Singh, an official at India's Central Board of Film Certification (CBFC) said.

“We objected to several scenes in The Girl with the Dragon Tattoo and wanted them to be blurred.”

Sony Pictures in India said that the censors had “adjudged the film unsuitable for public viewing in its unaltered form”.

“And while we are committed to maintaining and protecting the vision of the director, we will, as always, respect the guidelines set by the board,” the statement added.

More than 1,500 foreign films, mostly Hollywood, are released in India every year after clearing the country's censors.