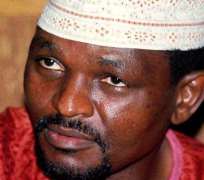 Also convicted to death by hanging was Alhaji Sofola Lateef, Kudirat's Protocol Officer. Sofola was found guilty of murder of Kudirat by revealing her movement to her assailants.

The wife of acclaimed winner of 1993 Presidential election, Alhaja Kudirat Abiola was killed on June 4, 1996 in Lagos.

The case is the longest criminal case in Nigeria. It lasted 12 years to come into conclusion.