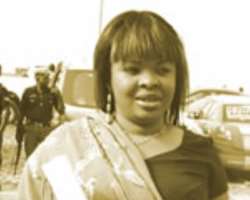 Popular Yoruba actress and producer, Dayo Amusa has delved into the education sector of the economy by establishing a school.

The sultry actress, who released Dewunmi Iberu last year, is now the proud owner of Paydab Montessori, Creche, playgroup and After School.

The school, which is located somewhere in Surulere is to be officially opened on March 5, 2012.