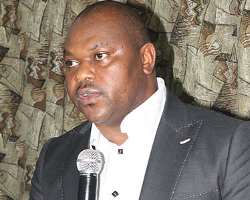 ASABA, January 27, (THEWILL) - The Delta State legislature under the speakership of Rt. Hon. Victor Ochei, FNSE has been commended for its commitment to legislating for good governance in the State.

The Youth Association for Sustainable Development in Delta State made the commendation through a press release signed by its Director of Publicity, Odinde Desmond.

According to the release, the body expressed utmost satisfaction with the activities of the house, especially the expeditious passage of the State’s 2012 Appropriation ACT, tagged Budget of Sustainable Development, as well as the numerous on-going structural and administrative innovations at the assembly.

The release also observed that, the State Legislature has performed optimally in the discharge of it constitutional responsibilities of the oversight function, citing the resent call on the State Governor, Dr. Uduaghan to order contractors handling the construction works in the State, back to site.

This, Mr. Desmond observed culminated in the rehabilitation of major roads in Asaba and other major cities across the State.

While pledging their support for the youth friendly initiatives of the Delta State House of Assembly, the association urged the House to be relentless in accomplishing its legislative agenda for 2012, as a veritable means of ensuring that Deltans at home and in the diaspora enjoy the dividend of democracy.