Nollywood 2009: Those missing in action 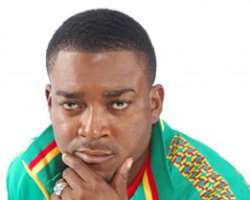 Before now, these acts ruled the airwaves like a colossus. Okay, may be that is an exaggeration but they used to have such a visible presence in Nollywood on and off screen and of course they made plenty of news headlines. Now, we hardly see them . Most of them are no more in the news and if they manage to pop up somewhere in newspapers and irrepressible soft sell magazines it is for the wrong reason. Here is the list of entertainment personalities missing in the thick of the action in 2009.

Dakore Egbuson: Yes, she can act and has this good aura that made her likeable. She was the new face, the critics of Nollywood wanted and her down to earth attitude gave her a plus. Dakore was not vain unlike many Nollywooders. With abundant talents and likeable personality Dakore did not fly beyond the sky as predicted and this year she missed plenty of Nollywood action. Instead she is said to be working on a TV programme and music that has reached advanced stage. And she has been in the news for her relationship with Harry Akande's son Olumide whom many alleged has been responsible for her not acting that much. Let's hope 2010 will finally be her year.

Chidi Mokeme: Chidi Mokeme is an actor that has gone full circle. He is an actor, presenter, TV anchor, and model and now he sells sex toys. What a 360 degree man. Chidi has been obviously missing in action for the past two years and he doesn't seems to care, who will if you have to sell toys that make a bevy of beauties throng your shop. Lest we forget, Chidi was in Omotara Johnson and he was awesome.

Lilian Bach: The very attractive actress might not be on the A-list in her days but she has a presence you can't ignore. At a time, she started acting in Yoruba flicks too and did we love her? Oh yeah and would love to see more of her but she is conspicuously missing in action in 2009. Her missing in action is by choice not that she doesn't get offers. However she did a movie with Teco Benson this year and we hope that would be her re-launch pad in 2010.

Saint Obi: Saint Obi has every reason to be on top of his game. He is fine and can act like the word act but he is missing big on the screen. Saint Obi is said to be getting busy running his production company as the young actors seem to have taken over.

Shan George: Shan George was not in the thick or thin of the action. She was missing in the whole of the action. She made the news twice, one she was in the news for dating another younger man (any big deal?) and when she collaborated with some foreign people to produce Zebra. Anyway we heard she has also finished work on her musical work, if that is true we might see lots of this actress in 2010.

Fred Amata: Thanks to Celebrity Take 2, Fred Amata would have been lost in the crowd in 2009. He was almost invisible until he was named as one of the contestants in the highly popular TV reality programme, Celebrity Take 2. He has been making lots of noise and that made him a bit visible but some of us are not fazed. Fred was still not involved in the real action of Nollywood. We can't remember a title of one of the movies he did this year. Our bros was seriously missing in action.

Nkiru Sylvanus : Not until we saw her in commercial TV advert and her name propped up as the Vice President (South East) of the Actors Guild of Nigeria, Nkiru was nowhere to be found. She missed the Nollywood action and it was pretty obvious.

Benita Nzeribe: Benita has been perpetually missing for years now and she is still missing. May be now that she is PRO of one of the AGN factions things will pick up for her and she would be.

Baba Suwe: His case is understandable. He was down for health reasons and lost his wife along the line. We doubt if Baba Suwe featured in anybody's movie this year but he did produce his own movie, Baba Jayejaye. We want to tell you for free that the movie is one of the flicks many are looking forward to in 2010.

Chioma Chukwuka: She is the good girl with no scandal and she can act. But somehow, this year wasn't just Chioma's year. She got a Globacom deal as one of its ambassadors but she was obviously missing in the action on the big screen and even the Glo advertorial doesn't seem to favor her.

Pete Edochie: The grandfather of acting, Pete Edochie must have lost out to the poor movies being produced now. Aside from the news of his kidnap, Pete Edochie was missing in action. Majority of what we have now are movies that have jettisoned the traditional setting and that is what daddy seems to be very at home with.

Olumide Bakare: He is hard and tough in movies and there are very few people that did not like this man in movies. Olumide Bakare can dramatize everything but this year he did not see much of drama. Bakare's face was missing in movie jackets and posters.

Bisi Ibidapo Obe: With grace and figure that make men drool, Bisi Ibidapo Obe should always be number one but her schedule seems to obstruct the flow of things. She was said to have secretly married and shot her own movie. We did not see Bisi's face in any movie this year. She missed lots of things but doesn't seems to care.

Bimbo Oshin: We cannot really say what is responsible for Bimbo's absence this year but her marital status seems to be the reason many throw around. We learnt that her husband has to scrutinize everything before she considers any offer and since the man is not always around, it might be one of her challenges and motherhood might be another reason. Bimbo is missing in action and very missing.