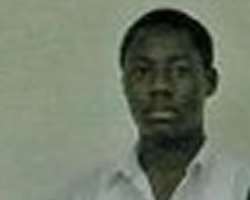 Saharareporters has identified the family of Umar Farouk Abdul Mutallab, the 23 year old would–be bomber of Northwest Airline flight 253, who was arrested yesterday in Detroit, Michigan. He is the son of the recently retired Chairman of First Bank of Nigeria, Dr. Umaru Abdul Mutallab.The Al-Qaida-linked Abdul Farouk Abdulmutallab is an engineering student at University College London. Saharareporters sources have revealed that prior to his sojourn in the UK, Farouk had studied at the prestigious British School of Lome, Togo. Where he passed his International Bacchalaureates Diploma before moving to UCL.

The Muttalabs hail from Katsina Township in the home state of Nigeria's sickly leader, Umaru Musa Yar'adua, where Dr. Muttalab was born in 1939.

Dr. Muttallab, who is currently the chairman of First Islamic bank, JBI, in Nigeria, sits on the board of that bank with Dr. Rilwan Lukman, the Minister of Petroleum resources. He has two wives.

The younger Muttallab lives in a £4 million pounds apartment in Central London, although he is only a student. The apartment, Flat 16, no 2 Mansfield Street in London, W1G9NE is registered to a US company and has been raided by UK security agents today.

Family sources that declined to be named told Saharareporters that in 2008, Farouk has left the London school and frequented Yemen. He told his friends and relatives that he wanted to study Arabic, a decision that came after he reportedly met Islamic radical elements in London