Are you looking for a wife? 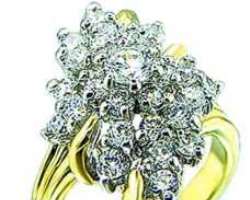 The observation below is strictly for laughs and not necessarily true. I do not discriminate among the various tribes or 'nationalities' that make up Nigeria. Hope your Christmas was very merry. Therefore go ahead and enjoy Boxing Day today with gifts in boxes and not with boxing gloves so you don't punch anyone in the face.

For the many men whose New Year resolutions include taking a wife, check out these profiles of Mrs. Wife a la carte…

Yoruba Wife?
She is very respectful to her husband and in-laws. She thinks nothing of greeting and calling her juniors with courtesy like they are her seniors. She is socially well educated and often goes for academic qualifications. She could be quite yielding and submissive, loves sex and doesn't pretend about that.

She would most likely have had one kid for another man before you and may still do so after you marry her even though she would swear you fathered the extra kid or two. She is most likely having constant sex with one uncle, 'egbon mi' or 'oga mi' at the office or all of them.

She tells her mother and sisters and friends everything you did or didn't do.
She may 'jazz' you to control you inside and outside the home. She will keep you hungry for more (along with other men she still fancies, unfortunately) with expensive cooking and in her pots will be all manners of 'orisirisi.'

She probably will still marry another man even if you divorce her at 60 years old. If she makes more money than you, her 'uncles' will finally start dropping her off in front of your house with a peck and a hug, and at 'owambe' parties, there will be many more.

You can't trust her not to convert the children's school fees and housekeeping allowance for party uniform popularly called 'aso ebi.' But if push comes to shove and both of you are asked to come and settle a domestic fiasco before family elders, you had better do a post-graduate course in Arguments, Logic and the Law of Evidence, otherwise she will turn the tables on you.?

Igbo Wife?
She is loyal to her husband, gives her kids good nourishing food with vegetables and many spices. She can try to be very clean only when she isn't living in the barracks with a rank and file policeman-husband.

She is ready to fight anybody alongside her husband and break their heads or even fight on his behalf while the he watches. Even if her husband leaves her at 30, she has only a 3% chance of remarrying after all the kids she would have bore him (a football team at times, complete with reserve players).?She can be very disrespectful to everyone including her husband because she probably grew up waking her parents up with several kicks in bed and cursing them in return when they curse her too, which can be quite frequent. After breaking your neighbour's head, she will one day break yours too.?She would only give you respect and regards if you have money.

Once you don't have money, you had better not have mouth too. She views love as spending power and may not really love you but will marry you because you are ready and her real lover isn't.?She will spend every dime of yours without touching hers and may totally disrespect members of your family rather than tolerate them as in-laws because she is wary of what they will still do to her after you are dead. Don't doubt this; you are most likely going to die before her even though she may stop shagging you after she is turned 35. Why? You would have probably milked her dry physiologically.?If she makes more money than you, she will become insubordinate and her family members will finally remember what a useless in-law you are and when there is a fight, her brothers will invade your house and join her to break your head.

Edo Wife?
She will try hard not to cheat on you – and will need your prayers too in this matter. She makes it her business to cook good food and has probably gained enough experience doing the same for her father. But she might 'retire' early from such culinary chores just like her own mother did, which was why and how she started taking care of her father early and gained the kitchen experience you stand to enjoy as her father.?She will look after her kids and you quite well because she is grateful to be married. By the time she said “Yes, I do” to you she is really ready to settle down and 'get out of the market' so she will be very respectful to you and her in-laws.?She is usually well endowed either in the body or in experience or most often, both. She is quite thrifty. She always has one brother in the UK or USA or sister in Italy to bail you out in hard times with hard currency. So check the exchange rate before you claim husband too hard!?She is not likely to leave you even if you are semi-dead, quarter dead or dead-dead, financially; even sexually too.

Getting it elsewhere is usually not enough to ruin her marriage because she has her head screwed on tight even when her thighs are quite well spread.?If she makes more money than you, she still remains loyal. But she might build up to 10 houses and you will be none the wiser. ?You may have signed your death warrant the day you marry her because you have a 98.75% chance of dying before her. Worse than your chance with the Igbo wife, yes? She will eventually inherit your property and become the landlord in situ, whether you live long or die young.?She may have built her own house while you are still both living in one room without you knowing. She would have done serious runs with the high and mighty while she was in the university. Do ye not know that thou weddeth a believer in runs and great experience? Alleluia!

Hausa Wife?
She will play the stooge and you are likely to get away with everything once her parents agree to give her to you. She will not accuse you of cradle-snatching even if her premature body decries your actions. Well, she will not even give you a chance if you are not of the same faith. Religious intolerance is highest where she hails from and she will not risk a blood-letting declaration upon her head for saying yes to an infidel like you. You may eventually have to show her where the Promised Land is and when you do, make sure you do so in the dark. Don't ask why; use your head.

Efik Wife?
She will load you with too much good food and sex, she won't worry about you getting either of them elsewhere, except perhaps from another Efik rival. If you are not Efik, she will easily do your brains out, I hear.?She is fiercely loyal and respectful but will think nothing of breaking your head if you misbehave. She will do so without a splatter of blood because she is squeaky clean about everything – from her personal hygiene to yours and the kids' you bring home and the ones she bears for you. ?She is quite frugal because she would most likely have learnt to work as housemaid in several places and must have mastered how to be thankful in little.?She will either be very beautiful or ugly and her bodily endowments can be in either extreme. But with her, what you see is what you get; she won't lose the figure you married in her in a hurry. However, you will need to share shaving sticks, powder, foam, etc as she may outgrow you in beards, chest, underarm and pubic hair.?Even if you want to leave her, what she serves in the bedroom and from the kitchen will cause a rethink most times.