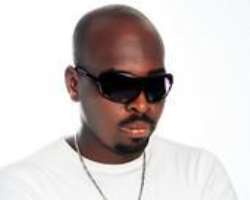 Tammy Steez as he is popularly called by everyone, is one artiste of its kind that has made himself visible and audible to hes people, and has also made waves beyond reasonable doubt. Once upon a time, a star was born into the city of Port Harcourt, Rivers State, Nigeria.

He has decided to take music to another level, one unique thing about this artiste is hes style of music, he stage performance and also the way he sings. Starting from the first single he dropped in 2007 tittle "Dis Gbedu" and I'm Loving You then in 2008 he dropped another radio killer tittled "Nwanyi Oma" which took him to the top and places to play shows with almost all the top Nigerian artiste from the likes of Tuface, Faze, Black Faze, D'banj, P-Square, Tony Tetuila, African China, Jazzman Olofin, Singaholic, Sound Sultan, W4, J-Martins, M-Trill, M-Kaze, Maxi, Baba Sempe, Robinson, Rymzo, Kel, Nigga Raw, Bracket, Flavor, Mode 9, Terry G, Terry The Rapman, Six Foot Plus, Style Plus, Timaya, Wande coal, Duncan Mighty, Frank D'Nero and alongside some international artiste like Joe Thomas, wyclef Jean, Wayne Wonder, Junior Reid, Brick and Lace and Kim Wonder.

Today Tammy Steez has decided to prove to the world thats he was "Born 2B A Star" Which is hes self tittled solo debut album.