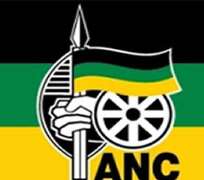 As racism and oppression against Black Africans gained momentum in the newly established Union of South African, Pixley ka Isaka Seme a visionary leader in 1911 appeal to all non- European ethnic groups in South Africa to unite together. Pixley ka Isaka Seme rallying words - "Forget all the past differences among Africans and unite in one national organisation" led to the formation of the African based liberation organization named South African Native National Congress (SANNC) at Waaihoek Wesleyanchuch on 8 January 1912.

The first elected president of the newly formed organization was John Dube and with company of many intellectuals including Sol Plaatje, an author and a poet the fight against racism and oppression took a more focused dimension. South African Native National Congress (SANNC) was later renamed African National Congress (ANC) in 1923. With promulgation of Apartheid system of government, African lands and Rights as citizens were taken away. The struggle for gaining of full rights of South African citizenship was not an easy struggle and there were many lows and highs encountered by ANC. But one of the greatest achievements of ANC was internationalization of the struggle that made the civilized world to come together and to reject apartheid government of South Africa. It was not an innocent and bloodless struggle for many lives were lost, properties destroyed and the innocence of a nation was lost forever. There were many low points during the struggle for liberation by South African majority including the jailing of Nelson Mandela and many of his comrades for treason.

Another blow to ANC was the exiles of many of its top notched leaders but it became a diplomatic breakthrough for ANC for the exiles were campaigning for liberation in the foreign lands including Oliver Tambo and Thabo Mbeki who later became the president of liberated South Africa after Nelson Mandela's tenure.

Among the lowest points in the struggle was 1960 Sharpeville massacre of young people and this buttressed to the world how ruthless and cold the system was. Karen Allen of BBC news recalled the massacre with this chilling description: "Thousands of protesters had gathered in Sharpeville, just south of Johannesburg, to protest at the use of the infamous passbooks, or "dompas", that every black South African was expected to carry and produce on demand. It governed a person's movement, was a tool of harassment and was one of the most hated symbols of the apartheid state. Sixty-nine men, women and children were gunned down on that day, killed when police officers opened fire on the crowd. The police station - where they had gathered - is now a memorial to the dead."

The highpoint of ANC struggle was the unbanning of ANC and the release of political prisoners including Nelson Mandela, Walter Sisulu and many others from the famous Robben Island prison. The climax of the ANC struggle was the releasing of Mandela and his subsequent election as the first Black president of non-racial South Africa in May of 1994 after spending 27 years in prison. The ANC as a political party and liberation organization deserved the greatest praise and acknowledgement for the defeat of apartheid South African government and its management of victory. To the credit and maturity of ANC victory became the universal freedom for both the oppressed and oppressor, white and black, poor and rich.

There were also unsung heroes, men and women of goodwill all over the world that never sleep nor stop fighting until the evil apartheid was declared death and irreversible. It was truly a collective effort of the good people of the world that refused to be quiet that eventually brought about the collapse and eradication of apartheid.

There has been successful transfer of power since President Mandela has been at herald affairs in South Africa. And each of the successive presidents has done a fairly decent job in trying to right the wrongs of the nation without upsetting the system. Although some will not evaluate it in more positive light given the quantity of poverty in the country, others may even accuse them of being timid and have lost their focus and direction. But all things being equal, it can be a delicate dance being that the majority poor Black masses are hurting but at same time the minority whites were engulfed with fear and anxiety.

The president that came immediately after Nelson Mandela was another intellectual and financial guru named Thabo Mbeki; he was good with the economy. Mbeki appointed both black and white technocrats to his government including the finance minister Manuel Trevor, that helped him to balanced the budget and rein in spending. Mbeki appointed Tito Mboweni as the governor of the Central Bank of South Africa, who kept the rand currency healthy and strong, while at same time held down inflation. Mboweni tenured at the South African Reserve Bank was a success story for his monetary policy application reassured investors and business community.

The current President Zuma has shown a great leadership especially in the economy and management of emerging social crisis of restlessness among the youths. Due to his radical days during ANC struggle, many people were worried especially business community that he has socialistic inclinations. But to the surprise of many he is relatively conservative in spending and economic management. He held down inflation with the spearhead of good fiscal policies and the appointment of Gill Marcus, a conservative financial banker as governor of the Reserve Bank and this has solidified Zuma's new found fiscally conservative principle. Under the leadership of Zuma, South Africa has become the latest member of the BRICS - a powerful trading organization of emerging super nations. South Africa is also a member nation of G-20, the only African member of the esteemed group.

With resolute and confidence, ANC has matured into a ruling party from their victory and has shown a great ability to lead a multi-racial South Africa. Nelson Mandela, the conscience of the struggle deserved a great respect and honor on the way he directed the affairs of the nation as the first Black president of South Africa. Mandela displayed of no remorse and bitterness to his fellow South African whites was a mark of maturity and statesmanship rarely seen in the annals of history. He taught the world that peace-making is a virtue and the once enemies can co-exist together and peacefully sought out their differences and work together to build a peaceful and prosperous nation. It has not been easy but the legacy he put forward has become a foundation for building a great, non-racial and prosperous South Africa.

With freedom and victory comes great responsibility. ANC cannot afford to sit on its laurels for as the ruling party it has a daunting task of rewriting the wrongs of yesterday. This is an enormous task because of how sensitive and delicate racial relationship in South Africa has become. The liberated Black majority has been overwhelmed with poverty and depravity rooted in the defunct apartheid structure, while whites were riddle with guilt and anxiety on the apparent loss of their ruling class status. ANC as the governing party together with the government leadership needs a strategic outlook and plan to successfully tackle and solve the problem.

Democracy is an expensive form of government and it is not sustainable in a sea of poverty. South Africa under the leadership of ANC has demonstrated that it has the potential to become one of the richest nations under the sun. And the nation of South Africa can lead Africa to a better tomorrow. This is not the time to allow internal bickering to get hold of ANC. The greatest advantage ANC enjoyed is that it has men and women of goodwill that believes that Africa can rise again and become a productive continent that can determine its destiny without begging for a handout. ANC is strategically position to change not only South Africa but the entire continent for good. That must be the desire and vision of ANC; therefore ANC should provide the moral compass to a great nation and a great people.

ANC does not have the time to be timid, visionless and to wallow in corruption because if it chooses to go slow, the people of South Africa will not accept it. Only time will tell whether the blood and sweat deposited in the bank of liberation is redeemable. Happy 100 years anniversary!!!

Emeka Chiakwelu is the Principal Policy Strategist at Afripol Organization.