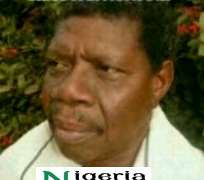 This is not the best of time for the motion world in Nigeria, which is called Nollywood by stakeholders, as it has lost another veteran actor, David Ihezie, to the cold hands of death.

The actor died yesterday at his Enugu home, after suffering from Arthritis for some time now.

Confirming this to NigeriaFilms.Com was the Enugu State Chairman of Actors' Guild of Nigeria (AGN), Ofiafulugu Mbaka, who said it was unfortunate the veteran actor passed on.

In his words, "yes, David Ihezie has passed on. He died yesterday at his home. He has been suffering from Arthritis, an illness known with the aged."

David Ihezie was in his 70s before he passed on yesterday. His remains has been deposited at a Medical Centre in Enugu. NigeriaFilms.Com prays God grants the family of the departed the gratitude to bear the loss.