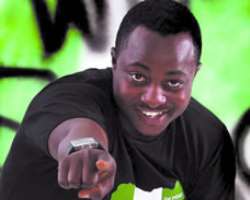 The first is to pay my tithe. I want to 'swagaliciously' dance along the church aisle to give God his due share of the money. Then I am going to be looking at my music career. I will be working towards releasing my first track called 'Thank you.' Things did not start working very well in my life until I wrote that song. I write songs, I am a poet and I also intend to publish a book. I am also looking towards my acting career as well.

You were always talking about Barack Obama, did you draw inspiration from him?

Yes, I drew inspiration from someone like Obama because he is the first black president of the United States of America and I am the first Nigerian to win Big Brother Africa. Before my name was announced as the winner, I heard people chanting my name and when I came out of the house I was overwhelmed with the screaming from people. When Obama was declared president, people showed the same joy, so that is how I was feeling at that time.

In the house you were always emphasising on how mean your stepmother was to you and your siblings, is that story true?

My stepmother was mean to us. And I mean it. That is true and it was not a strategy. I can blow a trumpet on it and if you want I can write a handout on it. I know that wherever she is right now she is feeling the worst pain in this world.

You said you are made for TV, can you explain more on that?

I said that with all humility because it was a dream. I applied for Big Brother five times from the first round when Bayo went in. I can write the questions they ask in the forms by heart, that is how bad I wanted it. Last year, I borrowed money and flew from Abuja to Lagos for the audition, I lodged on Victoria Island so that I can make it early but I did not make it. I almost gave up last year and I still tried again this year. Knowing that you have what it takes to be on TV, people will push you to apply for things. This year, I forgot but a friend reminded me few days before the closing date and that was how I went in. The way I act, the things I say people should not be surprised that when they meet me that I am still like that. I said it with all humility not because I won. I would have said it even if I didn't win.

A lot of people believed you had a thing for Elizabeth, how true is that?

If you started watching the programme from the beginning, I was not attracted to her but as they say, there is more to it than meets the eye. She told me things that her close friends don't know. Let's say I got attached to her and we got used to staying around each other and to tell the truth, sometimes you don't choose to have feelings or develop feelings, it comes to you. And it was my soft nature that got me crying when she left.

What stood you out from other housemates?

I will say the passion, the drive, the determination to be on the show. Having tried to be on the show for years, I knew that I had to make it this time having gotten the opportunity. The most important thing that helped me, I will say it any day, any time, its not all about to entertain Africa, everyday I wake up in the morning, even if I don't say a long prayer, I will say 'God give me the garment of favour, let me appeal to a normal person.' It may be your first time of meeting me, once you look at me let there be that love and I guess that was what worked for me. I did not do it on my own. It was not by my might.

How do you intend to manage the fame?

About the fame, I was in the Next Movie Star, I was in MTN/MTV Video Search. I think those shows that I went for built me and trained me. I had to pass through the wilderness and get prepared for this fame. So I think with the experience that I have had in the past and people that I surround myself with, I will handle it. I listen to advice and I believe there are people that have been there before me and I can pick some things from them. Like yesterday, I met Justus Esiri and he hugged me for closed to five minutes blessing and telling me words that lifted me. I think if I keep my head low and with my humility and continue to do the things that I have been doing, I am not going to just go down like that.

Do you have any woman in your life?

I don't have a girlfriend. The girlfriends in my life right now are my sisters and my family.

If you had a chance to date someone in the house, who would it be?

Elizabeth of course, if she had agreed.

Who would you consider your greatest rival in the house?

Beside the fact that I kept on nominating Edward, Emma was a rival, as she was also my friend. I actually told her that I saw two of us at the finals. Having survived all the evictions and everything proved that she is a strong character. I saw it and I knew that it had to be a girl but I didn't really see Edward as a big competition.

Everybody that came out of the house kept on hammering on strategy, what was yours?

It was mostly on being spontaneous. I always prayed for a garment of favour because with the nature of this year's show, you find out that no matter what strategy you have, you will get to a point where you must get to the chopping board and it was about making Africa love you. Even if you have the tightest strategy, the head of house can swap and put you up. I guess I just had to wriggle my way into Africa's heart and that was how I was always happy, relaxing and doing what I always love to do. Despite the fact that I knew that I would be up for eviction, I did not let it dampen my spirit.

You said something about using part of the money to have a peace project, what could that be on because you did not mention it when you were saying how you would spend the money?

I will continue to be an ambassador of peace. I have Jos in my heart like I have on my T-shirt 'Jos-tified.' I don't have to list everything that I have to do and give a time schedule but I said that I will pay my tithe because that is one thing I know and I am sure that I must do.

What is style to you?

It simply means the way you carry yourself, your character and what you put into what you wear, your level of charisma. If your style is really accepted, you find it trickling down like in north side of South Africa; I realised that all the young kids were doing Mohawk because of my hairstyle. I believe it is in how you push yourself. Like Derenle stuck to his style and everybody now knows him with it.

Do you have any favourite perfume?

No, I used to call my perfume a 'Blend of Stolen Perfs' because I sprayed all sorts back then and none was mine. Maybe when I have my own name I can call it 'BOS.'

How do you feel being overwhelmingly voted for across Africa?

When we got into the house, we were told that the house is a canvas; you decide to paint it the way you want it to look. People don't know what to expect except the people who know you. I am happy that I sold myself to not only Nigerians but also almost the whole of Africa. I am really happy and the fact that I became a role model to some children in South Africa made me more proud of what I am. Some even said I brought them closer to God and that was the height of my happiness because I was just being me just saying what I had to say and when I had to say it. A woman said her four-year-old daughter asked just to see me as a Christmas gift among so many other thrilling comments I got from people across Africa.

What do you think you like most about this edition?

The fact that I am part of it and I thank God I have used it to touch lives through this revolution. A lot of perception about Nigeria has been changed. Nigerians have a stronger foundation, religiously and morally. Most of them don't know those basic things that our parents teach that you pick while growing up.

About your music did you start with any group back in Jos?

Yes, I have a group called 'Down To Earth;' we started with dance and DJ. But now it is more into music. I look forward to building up on that and my album will be dropping soon after the single 'Thank You.'

What was your hardest task in the house?

Nominating my friends for eviction; I liked everybody so it was not funny nominating and conspiring and backstabbing and all that.