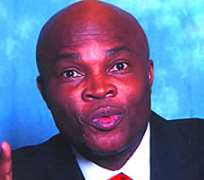 Barely six months to the gubernatorial election in Edo State, anxiety, uncertainty, and fear have gripped the Adams Oshiomhole-led Action Congress of Nigeria (ACN) as the race to occupy the number one seat has intensified. This is in view of the official declaration of Kenneth Imansuangbon on the platform of the Peoples Democratic Party (PDP) on January 7, at the popular Kings Square in Benin City.

Reports have it that Imansuangbon's declaration marked a turning point in the political history of the Peoples Democratic Party (PDP) in the state. The event attracted millions of supporters across the length and breadth of the state.

Speaking at the ceremony, the Ewohimi-born politician and lawyer, described Adams Oshiomhole as a lion, but that he Imansuangbon was a bigger lion with the political will power to wrestle him out of office come July 2012 if given the PDP ticket.

Imansuagbon who seems to have won the hearts of the electorate in the state told Daily Sun in an exclusive interview that he is coming at the time Edo people needed somebody to rescue them from the grips of whom he described as a dictator. He maintained that the governor has failed the people democratically, adding that crime, hardship and unemployment has taken over Edo.

My readiness
Before making an official declaration of my intention to contest for the number one position of the state on the Peoples Democratic Party platform, I consulted with my people, the youths, the leaders of the party, the poor on the streets, the market women and with God. They all gave me their word that they are behind me, so I'm not just running for fun. We are here for serious business. For the past four years, the good people of Edo State have been under a government that cares less for the people. We have had government that came to inflict pains and wounds on the people, and let me tell you all over the world where democracy is practised, any president, governor, minister or senator who neglects his people is not supposed to be a leader. So Oshiomhole has failed the good people of Edo State. Instead of making the people to enjoy the dividends of democracy, what the people are experiencing is suffering and over-taxation; so the masses of Edo State are saying no to Oshiomhole's governance.

This is not my first time in politics. In 2007, I won the ticket on the platform of the Action Congress of Nigeria (ACN) before the cabals in the party mounted pressure on me to surrender the ticket to Oshiomhole. So, the people of Edo State know what I'm capable of doing. Our party leaders, supporters, friends and the masses of this state are impressed with my track record of achievements as an educationist, lawyer and philanthropist. I'm out to better the lots of the poor man on the street who have no hope of surviving tomorrow. I have the belief that with my candidacy, the Peoples Democratic Party (PDP) will regain power in the state come July 14.

I'm in a governorship race, and pursuing it with all my strength because I know what I am capable of doing. If I can put food on the table of 700 Nigerian graduates not minding where they come from, what will stop me from providing food for the teeming youths of Edo State. I'm not scared of any opponent because God Almighty is by my side.

You were an eye witness to what happened last Saturday at the Kings Square in Benin City during my official declaration, you saw the kind of personalities that attended the ceremony. Both the ACN, Labour, and PDP supporters were there to boost the event.

It was the mother of all political gathering in the state. Even when the governor declared last week, you could count the supporters. My official declaration saw a mammoth crowd from the 18 local government area councils. It was indeed a historic event, and I will sing victory song at the end of the day.

My mission
As an indigene of Edo State, I know what my people are going through. I lost my father at a very tender age, my mother, myself and my junior ones were left at the mercy of God. At a time in my life, it was very difficult to find food to eat, especially when it was time to go home after school hours, and I made a covenant with God that if he blesses me, I will make it a point of duty to distribute rice to the people every Christmas period. And that I have been doing for the past five years.

I have a lot to offer the good people of this state, creation of job opportunities, going back to agriculture that will attract foreign investors to Edo State because, when there is investment, millions of jobs will be created for our people, and it is jobs that put food on the table for the common man.

I'm also going to drastically reduce the high tax leveled on our people by Oshiomhole's government. In the developed world, you don't tax jobless people, instead you give them jobs. It is criminal to collect taxes from the common okada rider on the street, who is managing to feed himself, it is bad. If I'm elected governor, I will import more motorcycles and give to people where they will only pay 15 per cent. I will give incentives to the people so that they can generate money for themselves. For the past four years in Edo State, crime has been on the increase.

It is because there are no jobs. If the youths are gainfully engaged in meaningful things they will not involve themselves in criminal activities. I will also provide basic education for the people. Ever before Oshiomhole came to power in Edo State, school fees in Ambrose Ali University (AAU) was N16,000, but today the people are forced to pay N60,000. Is that not madness? I will make education free at all levels, and also provide conducive environment for learning. It is not by repainting the already existing structure built by Ambrose Ali.

Also, there will be free medical care for all our people. Special hospitals will be built in all the local government headquarters to handle serious health issues and medical experts will be employed to properly manage these health centres. As a man of the masses, there is high expectation from the government. It is not enough to be making promises that does not see the light of the day if you give me your vote, I will be fully committed to the development of the state. Before I forget, thousands of people have been calling to thank me for bringing medical experts to conduct free cancer, HIV, AIDS tests. You saw those medical experts during my declaration. Free drugs were distributed. If I can do this as an individual with personal money, I can do better when I become the executive governor of this great state.

Road construction
I'm a progressive, and when I become the governor, I will not destroy peoples houses in the name of road construction. Good road network will be built without inflicting pains on the people. This present government led by Adams Oshiomhole is full of deceit. Oshiomhole set up a demolition committee. My government will set up a compensation committee. And whatever record Oshiomhole has set in Edo State, I, Kenneth Imansuangbon, will surpass it in all ramifications.

Scared
Yes, of course, the ACN is in power in Edo State, but I want to assure you that PDP is not scared at all.We have a bright chance provided the ticket is given to the most popular and most credible candidate which I believe I am. Look, Oshiomhole is the easiest person to beat in this election. In 2007, I won the ticket of the ACN before I was forced to surrender it to Oshiomhole. He knows what I'm capable of doing, he is a lion, but I Kenneth Imansuangbon is a bigger lion, and with the lion of Judah behind me. I left the ACN to PDP because after I had laboured for Oshiomhole, he pushed me to the corners. So I decided to pitch my tent with PDP and I have every conviction that I have the capacity, the political goodwill and all it takes to beat Oshiomhole at the polls.

The leaders of my party must see the handwriting on the wall. I'm young, have the youths behind me, I know the nitty gritty of the game, so I'm appealing to them to give me the ticket.

It might interest you to know that the ACN is already jittery over my declaration and I think Oshiomhole and his colleagues should know that time is up for them.

Support
The people are solidly behind me based on things I have done in the past. I stood behind this party when everybody taught PDP was no more in existence in Edo. A few of us stood our ground and said no to PDP dying in Edo State. I have constantly played a major role in this party, and since 2007 when I joined the PDP I have not rested on my oars ensuring that things go well. Some of my friends left the party to ACN, because of the way the party treated them. But for me, I believe in the party. All I need is the ticket.