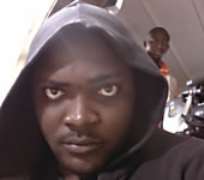 Imoh Umoren is not as popular as his productions. Call him a whiz kid and you're right. Imoh, who has worked as director on outstanding productions such as MTN Xtra Connect Game Show, MTV Base Advance Warning, Don't Forget The Lyrics, The Maze, The Station and several others recently produced a movie he entitled: Lemon Green. He spoke with DAVID AJIBOYE on the movie and other projects he's handling. Excerpts:

How did you get into TV production?
As soon as I got back I had a job with Common Ground Production which was an American company. That's where I learnt a lot of my skills from. It was pretty tough because we worked hard and long but right now I'm grateful for it.

How did you honed your skills in directing?
I studied basically. but I'll say I watched a lot of TV and it was pretty hard to watch a movie with me in those days because I had the remote and I always paused or rewind to find out how a particular shot was taken. I was never satisfied. so I basically did the same things over and over again like if I could take 40 takes of a shot till I get it right

What are the challenges you faced when you handled your first production?
Well, I produced my first show when I was 23 years and some people didn't give me a chance. It was so hard working with people of the older generation who wouldn't take instructions from me. Infact, I got a guy fired for calling me a “small boy”

What is Lemon Green all about?
Lemon Green is basically a love story between a father and son. A man dying of lung cancer discovers he has a 10-yr old son. It is a beautiful story and has already been shortlisted for a festival appearance. We are sending it to 22 festivals roung the world.

Have you diversified into movie production?
No, I have not. I'm still essentially a TV Producer but I usually shoot films and documentaries during the off-season. Tell us some of the major works you've handled I have worked on a lot of shows like MTN Xtra-connect game show, Advance Warning for MTV Base, Dont Forget the Lyrics, Project Fame, Multilink's Break the Bank, The Maze, The Station etc and will be shooting a new series in the Sahara desert in January.

How comfortable are you?
Well, I hope to be more comfortable next year when I hope people start to pay me more.

Under what business name do you operate?
I basically work-for-hire but I have my own company called Imprint Premonition Pictures

How do you think the industry can be improved upon?
I think a lot more nigerians should be empowered people produce a lot of big shows in the country and hire upwards to 30 foreign crew members. As much as they claim they want their shows to look good they have not looked inwards to discover that all the resources and manpower they need resides here. Some of the most successful TV shows in Nigeria are produced totally by Nigerians. Because, the truth of the matter is, Television is a cultural thing and if you don't get the pulse of the people, you lose the essence.

Who is Imoh Umoren?
Imoh Umoren is a 27 year-old TV Producer. I was born in August 13, 1982 and grew up in a large family with my siblings and an army-load of cousins. I grew up without my parents because I'm orphaned and had to learn a lot from experimenting and just generally watching people. I used to be a quite kid but peopel were scared of me because I was always watching intensely. I had my University education at the University of Port Harcourt and later went to Canada to study TV and Film Production.