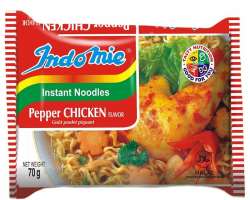 One of the major elements that make an advert or a montage very successful, in terms of catching the fantasy of the audience, both the target and prospective audience is the music element in such advertisement or montage.

In advertising, it is always believed and taught in school that the frequency of an advert being played goes a long way in making such advert achieve it aims in the first place, that is, registering in the minds of the audience consciously and unconsciously.

An example to buttress this point is the impact and success the 'I wish' advert of Skye Bank of 2007 made in Nigeria. It went as far as being used as a ring tone by most mobile phone users in Nigeria. Both the young and old fell in love with the advert, and in one way or the other, many people subscribed to banking with Skye Band at that time.

There is no doubt that the year ending 2011 also had such adverts and montages that also made such impact as the one described above. NigeriaFilms.Com, as you know us in giving you the best, is taking through some adverts and montages of 2011 that won the hearts of the audience. Catch your fun while reading through.

INDOMIE (Mama Do Good)
There is no doubt that this advert by Indomie Noodles wowed both the young at hearts and otherwise. Both lovers of the Indomie products and other noodles products lovers fell in love with the soundtrack of this advert. Mama do good o, you too much. She give me Indomie, you too much,…………. This advert soundtrack really achieved its aim. One must give kudos to the initiator of this wonderful work

ON TV
The ON TV montage soundtrack is also among the list of sweet and melodious sound tunes of 2011. Just some few months in operation, the TV montage done by one of the best in composing such, Sunny Nneji, did a very wonderful job in composing this one for ON TV. The most catching part of this montage for me is the side that said, 'and we are going on on on, cause we are catching fun un un, ON TV ON TV ye e e, yes yes yes, 100% pure entertainment, yes yes yes. That was a good job done there by Sunny Nneji.

MTN 10 YEARS ANNIVERSARY SONG
Like a dream , like a vision……. Ring the bell, sound the alarm, MTN is 10. We want to say Thank you………… This MTN 10 years anniversary theme some easily won itself into the mouths of the audience and infected most of them. Some have said this song has been the best ever done for the telecoms giant. Though many would have expected its products from MTN reality show, MTN Project Fame West Africa, to have taken part in it, but we must still give it to MTN for coming out with such a nice theme song that made people happy whenever they hear it.

COWBELL (Ogbonge Milk)
Oyoyo yo yo, our milk. Ogbonge milk don come back again, everybody, everybody o, our milk…… this might unarguably the first advert that rented the air before others mentioned above came on board. The advert tune almost became a national athem among the old, young and funnily, the unborn. What made this advert tune go far is still unraveled. But kudos must be given to the composers.

These are just few NigeriaFilms.Com picked. In your own view, how would you rate them in positions? You have the floor. Thanks.