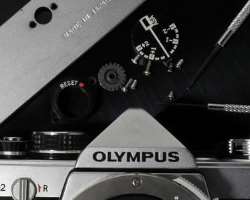 A DISASSEMBLED OLYMPUS CAMERA AND ITS PARTS ARE SEEN IN THIS ILLUSTRATIVE PHOTOGRAPH TAKEN IN TOKYO, NOVEMBER 24, 2011.
Listen to article

Private equity firm TPG Capital is willing to invest about $1 billion in Japan's Olympus Corp in a joint deal with Sony Corp or another suitor circling the scandal-hit firm, a person familiar with TPG's thinking said.

TPG has informed executives at Sony, Canon Inc, Fujifilm Holdings and Panasonic Corp of its interest in providing capital and expertise to help revive the maker of medical equipment and cameras, the person said.

Olympus has been seeking a friendly investor to make a minority investment and help its business recover from a $1.7 billion accounting scandal that has crushed its stock price and left a big dent in its balance sheet.

Electronics firms such as Sony, Canon and Panasonic are keen on Olympus' diagnostic endoscope business as part of their strategies to expand into healthcare, while Fujifilm is already in the profitable endoscope market, banking sources have said.

So far, TPG has not received any indication from these strategic suitors that they would be willing to work with the private equity firm on a transaction, the person said, speaking on condition of anonymity due to the sensitivity of the matter.

But TPG believes it could be an effective partner by putting up capital, offering its experience in management, restructuring and the healthcare field, and by taking over parts of the company the strategic investor does not want, the person said.

A TPG spokesman declined to comment.
"My impression is that the chance of private equity getting involved in Olympus is 50-50," said Tetsuro Ii, chief executive of Commons Asset Management.

"The strategic partner would need to eventually buy out the fund at a higher price. But the fact is Olympus has made a lot of acquisitions to date, much of which will need to be disposed of or restructured. It probably makes more sense to work with a value-up fund to get that done."

The list of potential suitors is long and was thought to include Samsung Electronics, though the South Korean technology giant ruled out on Friday any chance of an equity investment in the firm.

Sony, Canon, Fujifilm and Panasonic are seen as strong candidates to invest in and form an alliance with Olympus, attracted by its medical equipment business, the company's crown jewel boasting operating profit margins of about 20 percent.

Canon said it was not considering an alliance with Olympus. Panasonic declined to comment. Fujifilm said it had not been contacted by TPG, while Sony said it had no comment.

Nearly all of Olympus' profits are generated from its dominant 70 percent share of the global market for flexible diagnostic endoscopes. The steady cash flow from that business has allowed it to prop up its digital camera business, which is on course to lose money for a second straight year.

MESSY DEAL
TPG would consider taking over the other less desirable parts of the firm to facilitate a deal. This could include the digital camera operation, which is in need of a major overhaul, including job cuts, the person said.

TPG is one of the world's largest private equity firms, with about $48 billion of assets under management. It has considerable experience in healthcare, including a leading role in the $4 billion buyout of data provider IMS Health in 2009.

It is also one of several parties interested in bidding for AMR Corp, the bankrupt parent of American Airlines, sources familiar with the matter told Reuters.

Olympus' medical business appears to have weathered the scandal, but its stock is down 40 percent since the fraud was brought to light in mid-October and the situation remains fluid, adding to the difficulty in getting a deal done.

Samsung Electronics Chief Executive Choi Gee-sung dismissed suggestions his firm, a global leader in smartphones, televisions and memory chips, would want to buy Olympus' assets or at least invest as an equity partner in the business.

"We're not interested in what others are already doing very well. Samsung will do what we can do better," Choi told Reuters on the sidelines of the Consumer Electronics Show in Las Vegas.

An executive at parent Samsung Group, however, said Samsung Electronics was interested in a more modest, non-equity alliance, though he declined to give details.

"We are not that interested in Olympus ... Olympus is in a very difficult situation. It may want more than just an alliance or cooperation," the executive said on condition of anonymity as he was not authorized to speak to the media.

Any major foreign investment in Olympus could run into opposition in Japan, where the firm's endoscope technology is seen as strategic, in part because of the country's high incidence of stomach cancer.

An analyst in Hong Kong said optical technology was potentially of interest to Samsung Electronics.

"Optical technology is one of the areas where it has not caught up with Japan," said Hwang Min-seong, a technology analyst at Samsung Securities.

Olympus remains a thorny takeover target for potential bidders because the multinational remains under investigation by police, prosecutors and regulators at home as well as by law-enforcement agencies in the United States and Britain.

Its disgraced senior management and board is also in disarray, with shareholders not expected to vote in a new board, including chairman and chief executive, until March or April when Olympus has said it will convene an extraordinary meeting.

Olympus' listing status is also under a cloud, though risks of it being delisted from the Tokyo Stock Exchange appear to be fading with public broadcaster NHK reporting on Friday that the exchange was set to decide to keep Olympus on its boards.

The exchange is likely to hold an extraordinary executive meeting to decide Olympus' fate as early as January 20, NHK added. The exchange said in a statement that nothing had been decided.

Olympus shares closed down 2.7 percent at 1,236 yen, valuing the company at around $4.4 billion. The stock's fall was due to investors keen to close out positions ahead of the weekend and lock in gains earlier in the week on growing expectations that it would keep its listing, a trader at a Japanese broker said. ($1 = 76.7550 Japanese yen)