'There is constant pressure on me, but I'm only human' 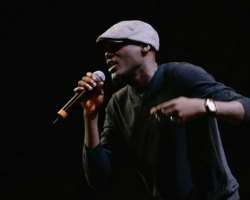 When Innocent Ujah Idibia chose the stage name '2Face', he probably didn't know how far he would get. Ten years have rolled by since he went solo from the defunct Plantashun Boiz and musically, he

has soared. But his success hasn't come without a huge price, including accusations and shortcomings. 'But I am only human' is what he tells AMINA BRAI OMOIKE in this chat.

You were recently made NAFDAC ambassador. Why do you think you were chosen?
Well, they said it is because of my success as a musician hence the intention is for me to use my fan base and musical mastery to advertise the agency. For instance, you know I recently had my 10th anniversary as a solo artiste which was tagged 'Infinit2: A decade of trailblazin'. As a sort of climax of that show, we initiated KAMSuP which is a short code for Kids Against the Menace of Sub-standard Products. As NAFDAC ambassador, we are driving the free concert with the NAFDAC theme. My friends and I will be giving the KAMSuP free concert to about 5000 young people on New Year's day courtesy Hypertek, Now Muzik and Infinit2 Productions.

But, you have been relatively quiet. Unlike before, not much of you has been seen around. Are you fading away or stepping down for the newer artistes?
I am not sure of exactly what you mean but I have been finishing work on The Unstoppable album (the international edition), working on a few videos, executing Infinit2 events in Abuja, Calabar, Bayelsa, Jos, Makurdi. I gave performances both at the MAMAs and Channel O awards. I won at the African Music Awards in Europe, was nominated for the Face of Hope. I recently did shows in Abidjan, Kuala Lumpur, Dallas, Canada...with so much on my plate, maybe I should be permanently off the scene.

Like most celebrities, the spotlight is always on you. Do you ever feel the heat on you – like people expect too much from you?
There is constant pressure on me, I can't lie. What I miss most is my freedom. To me, freedom is ordinary freedom – freedom to experience life, make mistakes and learn from them. But most times, the pressure keeps you on your toes in a positive way because there are a million and one young people out there looking up to me. It is a responsibility I welcome. But I too, I am only human. I will make mistakes. I will feel low and weak sometimes. Life is like that. Maybe it is also a good thing that people see you stumble so that they'll know that it is part of life. They need to draw inspiration from the success of their role models but basically find the heroes inside themselves because nobody holy pass.

Following the release of your track Flex with R. Kelly, lots and lots of controversies trailed that collaboration. How did you handle it because you never really said anything?
People should first of all verify the claims and sources of the guys who reported the R. Kelly disclaimer; thereafter, I will feel obliged to really respond. Then, there wouldn't be any reason for me raise issues with R. Kelly's lawyers or representatives if truly R. Kelly never said that. It is unfortunate that after recoding with Wycleff, Beenie Man, Chaka Demus 'n' Pliers and other great artistes I have had respect for, on deals that I never even solicited for; people somewhere would suggest that I will condescend to the level of doing what I am now being accused of. Very unfortunate. But then, people are people. Some of us are straight-forward. Others are not so straight forward. Na so.

We have heard of some probono work you've done for people and other acts of charity. Why have you been silent on matters like these; especially since you haven't exactly had the best of times with the media?
Selfless service is best served quiet. Sometimes though, it gets out. Some of what I have done gets reported. Management and publicists will insist but really, I would rather just do what I can quietly. As long as the beneficiary feels the impact, they don't even need to know who has given.

Then for the media, I don't really think I have had a bad relationship with the Press. At a certain time, with a section of the Press, maybe. But like every other thing in life, some people would also want to attack you while some would want to appreciate what you have done. I take it as it comes.

On a personal note, what is the relationship with the mothers of your children?
We dey try. Everything chilling, chilling. We have a responsibility to the kids.

And where do the kids come in considering your busy entertainment lifestyle – travelling at the shortest notice, night shows and general unavailability as it were? Last month alone, you shuttled between America, Malaysia and Canada...

(Cuts in) It gets crazy at times considering that you have to add Abidjan, Jo'burg and Nairobi to that list plus all the local Naija runs for like Bayelsa, Abuja, Makurdi, Port-Harcourt. Sometimes, I no dey get chance to even sleep. But that has been the reality for a few years now and I am thankful to God. Rather this, than being idle and unwanted. I try to create time for the kids in between these trips. It is something I am constantly working on.

Years ago, you were attacked by robbers in your house; another time, it was on your way home. Why are you still so attached to that neighbourhood – Festac? At least, you are a big boy and definitely can afford to buy a house in any choice location.

Festac Town is my hood and I am very attached to it, I must confess. But then again, we are who we are. Whatever Nigeria is today, is what we have made of it. Probably I am saying that some real world-class products can come out from any place in Nigeria no matter how tough it is to survive here. I might also be trying to call the attention of the leadership to the fact that every neighbourhood can be upgraded so that all of us are not struggling to move to just one part of the city. If you look around, you will find that there are a couple of very decent stretches of property in all kinds of places – Festac, Ikeja, Agege, Omole everywhere. The general state of security, roads and other things just has to be upgraded. All of us no suppose to squeeze ourself for just one place now. Abi, how you check am?

You always seem to enjoy playing shows in Jos. Is there any significance of Jos to you?
Jos is the land of my birth and we are walking with the state government to organize a peace walk to mark the anniversary of the crisis.

So back to the music, how has it been for you – 10 years as a solo artiste? What has kept you going considering that many artistes don't seem to get hits with every album?
The love for what I do. I truly and deeply love making music, writing, recording, performing, everything.