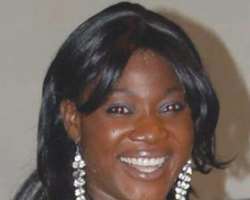 On Tuesday, the 8th of December, The Future Awards released its much_awaited list of nominees for the 2010 edition of the awards. “It's a rich list!” said Emilia Asim_Ita, the awards' PR Director.

“I am so proud of it; it took two months of gruelling work and research, but I look at the list of another 160 high_achieving young Nigerians and I think to myself: wow, we have been representing!”

The long list was released after two months of calling for nominations, and having town hall meetings across eight states of the federation (Osun, Adamawa, Edo, Rivers, Cross River, Enugu, Abuja and Kaduna), in conjunction with HiTV, as well as Accra, Johannesburg, Manchester and London, reaching out to young Nigerians in order to get a fine spread of nominations and participation.

All the nominees are Nigerian citizens aged 18 – 31. In the Musician of the Year category, nominees are Wande Coal, MI, Kel, Darey, Rooftop MCs, Banky W and Psquare.

“The Best Use of Science category was particularly challenging, and we were afraid more than once that we would not get nominees and would have to cancel it,” Ms. Asim_Ita said. “But at the end of the day, we were pleasantly surprised.” The eight nominees in that category are nominated for inventions and research in malaria, electricity inverters, magnetic safety bumpers, waste management solutions, and robotics.

Another challenging category was that for Excellence in Public Service. According to the Central Working Committee report, which full version can be found on the website www.thefuturenigeria.com,

“Where there was some challenge with the Excellence in Public Service, not surprisingly, with questionable achievements, unanswered questions and integrity constraints, doubling down on research and investigation led to expand its scope rightly to include all those in institutional decision making.

Therefore, we were able to find impressive young people in a wide range of areas from the UNFPA to the Federal Medical Centre, Makurdi.”