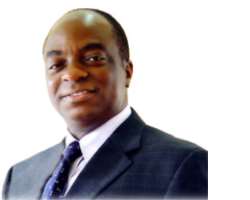 The Bishop David Oyedepo led Living Faith Tabernacle Church,popularly known as Winners Chapel is alleged to have suffered a huge setback.All of 200 pastors were feared to have resigned enmasse from the blossoming ministry.

Information available to us revealed that the exodus occurred shortly before the New Year service.

According to our source,this was the fall-out of the general meeting the amiable Bishop had with all the pastors in his ministry during Shiloh 2011 at Canaanland,Ota,from Monday,December 4 to December 11,2011.

We learnt he told them that he was planning to re-organise the ministry but he would love to know those who were still commited to his vision and commission.

According to our source,he told them that it may not favour some of them.

Aside that,he was said to have heard some people were grumbling about his leadership style and that some claimed they have received divine directive to start their own ministry,adding that he would love them to part in peace.He then dropped a bombshell by paying off over a thousand pastors N2 million and above totaling about N4 billion.

However,an insider,who pleaded anonymity squealed that out of the money,deductions were made from loans taken by each of them and at the end they went home with left over ranging from N500,000 to N1.5 million.

It's sad indeed that about 200 pastors have resigned from Winners Chapel secretly.

They all cut across the branches of the ministry worldwide.I learnt that they were all paid off by Bishop Oyedepo,who informed them that anybody that wished to leave his ministry over one issue or the other could do so amicably without rancor.Thus,few days after,about 200 pastors left.For instance,one of my pastor friends,who was affected complained that he only got N500,000.

According to him,they deducted the debt he incurred from the car loan he took.

The allegations range from directive to start their own ministry, high-handedness of the church leadership and other personal issues” our source said.

Another source informed that Bishop Oyedepo's action was premised on his past experience.For instance,in 2004,following the reorganization of the headship of the branches of the church worldwide,Bishop George Adjemann,head of the Ghana branch of the church,reportedly resisted his transfer to Ibadan,Oyo State,after he had successfully planted the church in the former Gold Coast and money was rolling in.After a protracted negotiation,the Bishop was said to have offered the recalcitrant minister $100,000.He rejected the offer and took over the church.

The Adjemann's episode led to a massive re-organisation and transfer of key ministers.Non-graduate pastors were sacked.One of those affected in the exercise was Dayo Olutayo,head of Abuja diocese,who was moved to Port Harcourt,Rivers State.He rejected the posting and consequently broke away and set up his own church adjacent,Winners Chapel at Durumi,Abuja.

He was said to have offered many of the sacked pastors sanctuary.Another instance was when four bishops and 15 pastors also resigned from Winners Chapel in 2007 following a re-organisation by the founder,Bishop David Olaniyi Oyedepo.

On Saturday,January 7,2012,we contacted the church media officer,Mr. Emmanuel Igban and this what he told us: I am not aware of that.Thank You.