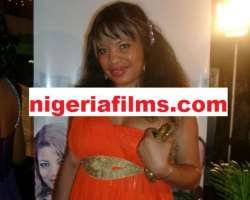 ZIK ZULU OKAFOR, writer and film producer, beginning this week, looks at the lifestyle of some actors in the Nollywood sector, giving the reader the sort of gist one cannot get anywhere but from an insider. This week, he lays bare the lifestyle of Monalisa Chinda

“Who the heck is this angel? Your colour is damn good for my camera”.

That was the voice of youthful Nollywood gifted director, Aquilla Njamah. Young and glowing with an enchanting beauty, Monalisa Chinda, accompanying her friend, Rita Dominic, had just walked into the set of Face of a Liar, a movie being directed by dreadlocked Njamah.

“You're gonna be in this film. I gotta give you a special role”, Aquilla said. “No way”, the fair complexioned Lisa quipped. “I've got a job in the bank and I'm starting next week”.

All that was in April 2001. Three months into her bank job however, the lady simply known today as Lisa, soon found out that her trip to that cocoon of good money was a misadventure. “Oh, it was such a boring job. I was bored to death, believe me”, Lisa lamented. And believe it, only three weeks ago, this lady who retraced her steps to Nollywood, traveled all the way to London, to pick the award of the Best Actress at the prestigious Afro Hollywood Awards “Awesome, magnificent, it's a dream come true”, she summarised her feeling.

But Lisa's milestones in Nollywood weren't a cruise. Her race was a rough and tumble, from a frustrating beginning, through complete hopelessness and escape from Nigeria, then the murder of her father- a king, a traumatic marriage and the vista of hope on the horizon. Let's walk the corridors of her memory.

FRUSTRATIONS AND ESCAPE
Lisa made a cameo appearance in Face of a Liar that received applause. She thought therefore that Nollywood would snatch and celebrate her on her return journey from the bank. But this was not to be. After making a huge appearance in Rampage, Girls in the Hood and Time to Kill, among a few other films, the jobs began to dry up.

This was between 2001 and 2002. Nollywood was beginning to face flickers of the major challenges to come. The future suddenly looked bleak; Lisa was jolted to a harsh reality; her robust faith in Nollywood emaciated instantly.

This daughter of the royal head of Elelenwo in Obiokpor Local Government Area of Rivers State, soon began to think of escape from an increasingly forlorn hope in Nollywood. She soon reinvigorated her long nursed ambition to set up a health club and bar. And pronto she went to London for a post-graduate diploma in cosmetology in a health technology institute while working to support her dream.

MURDER OF HER DAD
For Monalisa, December 23, 2003 will remain one of the darkest days of her life. “That was the day I got a phone call. And I was asked to come home. And then the news followed. My dad had been murdered”, she narrated in sober tone. Her dad, His Royal Majesty, Eze Anaro Gabriel Chinda, was on his way to see the Bishop of Niger Delta Diocese, Bishop Kasie, as he was about to take the knighthood of Saint Christopher. But Eze Chinda could not get to his destination. He was brutally murdered on the way to see the bishop.

“That day remains a black day in my life. My dad was a jolly fellow, loving and kind, he didn't deserve such a barbaric fate”, Lisa said. The German trained civil engineer turned traditional ruler was said to have been very principled and might have stepped on some toes in the church. “I don't know about the toes”, said the actress, “but I've handed his killers over to my God who never fails to redress man's inhumanity to his fellow man”.

…THE ACTRESS RETURNS
This University of PortHarcourt trained theatre artiste, had played a lead role in the pilot episode of Heavensgate, an inspirational soap opera before leaving for London. In 2004 therefore, the producers of the programme called her to come back to Nigeria as the programme had begun to run on television stations back home. When she was convinced, she finally appeared in the producer's office. But this time she came in company of a guy with a beautiful name, Segun Dejo-Richards, whom she later introduced with a graceful smile as her fiancé. Probed further she adds, we actually met here in Nigeria before I traveled. Then he came over to join me.

Because the guy looked very young though older than her, some artistes like the gossipmongers that they could sometimes be, wondered whether the man was not too young to marry Lisa or that he may lack the maturity to marry a potential star actress. But the young man, as they say in local parlance, no send anybody. He brimmed with even over confidence and Lisa glowed and giggled with love.

HER QUIET MARRIAGE
By every definition, Monalisa belongs to the upper middle class family. With a dad who was a civil engineer and traditional ruler of her town and a mother who is a management staff of Nigerian National Petroleum Corporation, (NNPC), coupled with her involvement in the glamour business of Nollywood, one expected her marriage to be, at least, a little noise. This was not so.

Nollywood simply woke up one morning to see both engagement and wedding rings glittering on her beautiful fingers. And she brandished them with utmost pride. Nollywood buzzed with gossip, all about the mystique of the marriage. But Lisa would clear the air. “We wanted it quiet. It wasn't secret. Just quiet. The important thing is that we love each other. Not how much noise we made with our wedding”. Case close!

POST MARRIAGE BLUES
Part of Lisa's childhood was spent with her grand mother in the Ayeminima Island of Bonny in Rivers State. The old woman must have tutored her on the wisdom of speaking very little about her matrimony and to talk of sweet love of marriage if she must speak. Lisa, sure, imbibed this tutelage.

The months that followed her quiet, if not secret wedding, ushered her into the harsh reality of the matrimonial bloc. From a sprawling place in Rumuodani in Eleleonwo, Port Harcourt, Rivers State, through a comfortable, albeit, small apartment in high brow Lekki, Victoria Island, Lisa moved with her hubby to a dingy suburb of Lagos, Ajangbadi, a forgotten area without electricity.

But the sprightly fair lady was savouring her marital life. She would tell you “yes, it's always dark, but my husband's smile can light up a dark room”. The couple would later move to Jakande Estate, a low cost housing estate in Isolo, Lagos.

Yet Lisa's marriage appeared to usher in some strange ironies. Blessed with a boundless zest for set goals, undoubtedly endowed with acting talent, eloquence and versatility for contrasting roles, Lisa began a zippy inroad into the star ring of Nollywood.

Heavensgate, the soap-opera, was increasingly turning her into a matinee-idol even as she dashed from one set to another, packing good pay and sizzling in her vast roles. She and her hubby soon moved to Mende, Maryland, a middle class area of Lagos.

But instead of these goodies increasing her bounce, Lisa appeared to be losing her sizzle as her dazzling smiles disappeared into a placid face.

And gradually but steadily, her glowing and jaunty presence at Nollywood events began to evaporate. Yet each time you chanced her speaking to her husband on the phone, the sound of 'honey and sweet heart' echoed repeatedly.

With benefit of hindsight, you could see a young woman determined not only to make her marriage work but also to be an exemplary figure on how to navigate the turbulent voyage of marriage.

CRASH OF HER MARRIAGE
Lisa's Nollywood career by January 2009 was zipping to a climax. Her shooting schedule was choking. To cap her phenomenal strides, she was chosen as one of Glo Ambassadors with the accompanying megabucks.

The Nollywood idol is now cruising a brand new Nissan Ultima 2009 model car while her husband cruises an SUV. Between February and May 2009, Lisa was again appearing more often in Nollywood gatherings, with her once familiar zing and smiles. And friends that thought something was wrong with her concluded that she had crossed the crucible.

But they were damn wrong. On the morning of August 21, 2009, via the newspapers, delectable Lisa, Nollywood's woman of angelic aura, announced to her fans, Nigerians and indeed the world, that her marriage had broken irredeemably.

Pressed by the media for her reasons, she says, “all I can say is that my marriage is over and there is no going back. I have a baby for my ex-husband and so I intend to respect him”. But here uncle, a singer, Mr. Cool, alleged that his niece had been in a traumatic marriage and summarised her matrimonial life thus, “Lisa is a beautiful picture in a broken frame”.

Her future? “Well, I intend to focus on my career, write my column in The Sun and of course adore my daughter. I guess my life may just be another drama. My God is writing the plot.

Let's see how it unfolds. But with my ever loving Jehovah, I know too well that it can only be for good”, she concluded, as a phone call invites her to a Glo event. And she takes pride in being a Glo ambassador as she adds, “Glo wants Nigerian artistes to live their dreams”.

Indeed her marriage may have been fractured or broken, but Lisa, sure, has one bountiful joy to show for it. And it is her daughter, Tamar! Won't you say she is indeed a Nollywood idol?