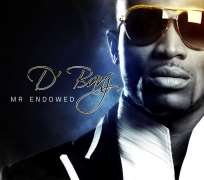 The above is excerpt of lyrics of Dapo Oyebanjo's, who is well known as D'Banj, campaign song for President Goodluck Ebele Jonathan (GEJ) during the 2011 elections.

President Jonathan on January 1, 2012 announced the total removal of fuel subsidy by his government. This announcement has been greeted with wide public outcry and protests by Nigerians both in and outside the country. It has created tension in the polity since then.

At the first protest held in Lagos earlier this week, artistes like Banky W, Eldee, Seun Kuti, and other came out to protest the government's stand on the matter. Hours later, D'Banj's boss, Don Jazzy made his mind known by regretting voting for GEJ as the country's President.

It was a big shock to the fans of the Kokomaster, as D'Banj is fondly called, when Mohits' video director, Sesan tweeted, 'D'Banj Oliver Twist video shoot tomorrow, it is going to be CRAZY.'

This infuriated a fan who quickly replied, 'you(Sesan) and D'Banj are mad, despite the brouhaha in the country, [you are shooting a video].
At least, D'Banj na (is his) son. Another fan asked, 'is D'Banj not a Nigerian'?

Speaking with NigeriaFilms.Com, a top artiste who prefers to be anonymous said, 'I can't speak for him, but he should know that this present issue is very delicate. I saw the way people reacted to your previous stories on this issue about Don Jazzy and Genevieve bearing their minds, the people are emotional about it. So, they expect us (the celebs) to be on their side.'

The support of GEJ at the election by D'Banj and other top Nigerian celebrities had been called to question by some Nigerians. Some believed it was just like the Abacha for president rally of the 90's. Banky W and some protesters today!