How I Faced Challenges Of Divorce - Clarion Chukwura 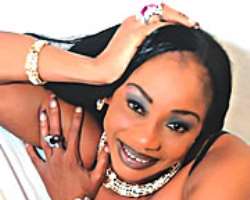 Clarion Chukwura is one of the pioneer actresses in Nigeria and has paid her dues. In this interview with ADUNOLA FASUYI, she speaks on the situation with the Actors Guild of Nigeria. Excerpts:

A lot has been said about the leadership of Actors Guild of Nigeria. What do you think is really happening?
On the Actors Guild of Nigeria, I will say there is a deliberate plan by the Board of Trustees (BoT) and some actors that are desperately interested in becoming president to ensure that a select people hold a kangaroo elections. The past president and some states chapter chairmen are not left out of these indictments.

I do not understand why they don't want people to buy forms, a period of campaign to take place that every contestant will campaign round the country and actresses across the country will participate in the voting accordingly for the presidency. The first one that Ejieke did that threw up Segun Arinze is being contested and another one has been held again; it was all rubbish. I want to say categorically that I am not in support of any election that will not involve the masses the entire body of the guild voting.

So what is your word for members of the BoT on the way forward
I don't have any word for them.

Why?
The people that are in the Board of Trustees are not supposed to be there in the first place. So, I don't have any word for them. They are not qualified to be there; they don't merit to be BoT at all. They are not pioneers or members of the Nigerian acting industry. The Nigerian movie industry did not begin with Kenneth Nnebue's Living in Bondage and the industry is not an Igbo thing. They are, daily, perpetrating falsehood. I acted in my first cinematic movie in 1982 and there were films before mine. So, I don't have any word for them because what is in place right now on the level of the BoT is illegality. Kanayo O. Kanayo is the chairman of the caretaker committee of which I am vice chairman.

Who is your leader and how do you salvage the situation before it gets out of hand?
The AGN that has been in place before now headed by Ejike Asiegbu has not done anything good or tangible for the actors and actresses in the sense that the AGN has not contributed to the fees of the actors, it has not contributed in anyway to the welfare of the operators; so, the situation right now is not affecting any actor because they have always been on their own. The situation will remain this way until something credible comes out of it eventually that is what the movie actors of Nigeria need.

When should the masses and the entire guild expect that?
There is going to be a continuation of the inner wrangling and desperation and all that; it is a phase and its going to pass. Right now, the actors are not losing anything because what was before was not giving them anything. So, its better to remain with nothing than get what will continue to exploit you. The reason behind it all is greed and power. They rush in the non-professionals, who have the wherewithal, rushed in to take over the industry from the professionals because they have the money. They will destroy the sector out of greed. That is exactly what is happening to the Nigerian film industry.

Is the committee working on bringing a change for the better?
I am no longer a member of that committee because the committee had played to the gallery, doing everything before the press; whatever meeting, the press will be called in, and going aggressive — going to the police and all that, and KOK passing himself off as president of the guild. So, I am a very straight-forward person, very principled and I'm a fighter and I don't want to be a part of any bullshit. When the climate is right, I will run for the presidency of the guild and not in this murky waters.

Excuse my pessimism, but I think we have to allow this cartel let the industry die before we start rebuilding it again. The industry needs a change for the better and for development. You see, there are so many movies being released into the market everyday, and this is why actors and actresses are being underpaid. And above all, it has affected the creative output of artistes. When you do a hundred movies in a year, you see yourself playing the same role over and over again.

This is my 27th year in the industry. I started in 1980. I am a multi-faceted, multi-talented and multi-trained actress. So, I won't watch the industry deteriorate; we are in a phase and it will pass and I will contest to put the right changes the guild had always yearned for.

Your journey so far in the movie industry?
The journey of my career in the industry is in the works I have done and how successful my works have been, and the fact that I am one of the pioneers of a growing industry; and the challenges I have faced are the usual challenges a growing industry experiences. So, I am still part of the growth and we are still growing.

And some of the major challenges you have faced in the course of your profession...
There is the challenge of work and doing your work right; managing time between work and school at the beginning; then work and my immediate family as a teenager, and then managing my career, marriage and divorce, and managing my career with the other businesses that I do and my charity organisations.

I have had to face the challenges of the very traditional outlook in the very conservative society we are living in and practising one's career as an entertainer and gradually watching appreciations grow and people's minds opening up as well as the challenge of managing the negative impressions that the media spread about one; you know, damage control. And trying to rise above all that to accept and discover oneself and gain the respect that one deserves.

Can you throw more light on how you have been able to manage bad report about you?
I learnt my lessons as I grew along and I realised that one of the things that I must do is not to react to negative media reports about me. Secondly, not to even read the softsell magazines anymore, and thirdly to streamline my association with people and to maintain family goodwill. The softsell reads negativity and blow issues out of proportion, sensationalising the issues to sell their tabloids. So now, I read serious newspapers and journals that will educate and enlighten me on happenings around me.

Tell us about your charity project?
There is the Clarion Chukwura Initiative, which is my NGO. Part of the six yearly event we hold is the end of year event/party. For our summer event, we partner with ministries of Tourism and Education, but our end of year event, we partner with first ladies. Last December, I partnered with Mrs. Abimbola Fashola of Lagos State; this year, I am partnering with Mrs. Olukemi Mimiko of Ondo State, and we are planning something bigger and more fascinating.

We are having a three-day event, beginning from December 18 to 20. We will be taking five Nollywood stars, five Yoruba movie industry stars and five top musicians and their management support staff to Ondo to give motivational talks to the youths in the state. It is going to be big!