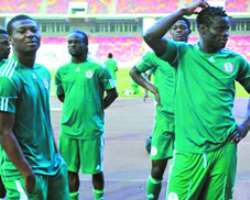 Reports that the national team Head Coach, Stephen Keshi and his employers; the Nigeria Football Federation are at logger-heads over friendly games have been dispelled, with the NFF management boss, Dr Musa Amadu, describing it as the figment of the imagination of those who reported it.

Speaking in Abuja at the weekend, Dr Amadu, said the only issue that arose was whether Nigeria should play the full Senegalese national team, which is preparing for the 2012 Nations Cup, with a full-fledged home-based squad. 'But the Head Coach said the rivalry between both nations was too tight to fight with local stars. In fact, it was going to be a prestige friendly and he did not like the idea of playing a second team'.

Amadu, said beyond that, there was no other issues between the national team handler and the NFF, as the harmonious camping experience has been wonderful so far and the team, going by reports reaching him has been jelling for the task ahead.

The NFF Scribe went further to confirm that the football ruling house has set out dates for the two international friendlies for the national team ahead of their clash with Amavuvbi of Rwanda by February 29. 'We shall be facing Angola by January 11 and Liberia by January 14, venues for both encounters will be released in due course.'

That declaration by the NFF Scribe, has now put paid to speculations making the rounds that Nigeria will not play any international friendly ahead of it s 2013 Nations Cup qualifier against Rwanda.