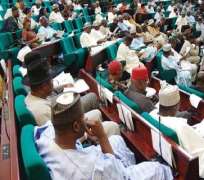 ABUJA, January 01, (THEWILL) – Shortly after the announced removal of subsidy on petroleum products, the Senate Sunday said it is yet to take a final decision on the matter.

Senate spokesman, Senator Enyinnaya Abaribe in a state insisted that the current posturing does not vitiate the ongoing consultation.

He said the Senate can only take decision on the matter after a full consideration of 2012 budget proposal.

The statement reads in part: "The Senate heard of the commencement of full deregulation of the downstream sector of the petroleum industry by the express and immediate removal of subsidy on Premium Motor Spirit (PMS) by the PPPRA.

"The Senate is yet to take a final decision on the issue.

"While it is true that there was no provision for subsidy in the 2012 budget proposal, the Senate still believes that consultation is still going on, which means the Senate is yet to reach a consensus on the matter.

"This can only be done when the budget bill is considered and final decision taken on it.

"You will recall that senators held different positions when the issue came on the floor.

"So, the prevailing situation will not vitiate the ongoing consultation, which must take full cognizance of the general mood and also of utmost economic benefit to the country.

"However, the Senate will always support every effort of the President and Commander-in-Chief to make life better for the Nigerian people so long as such efforts would be in the interest of the vast majority of the people."