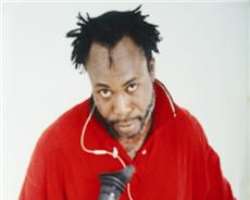 Henry Omeronye is a director who has a roll of musical videos to prove his mettle. Some of Henry's productions have helped in building confidence in other directors. Last year, the final editing of his new movie, “Felicima”, was completed. In this interview with Charles Okogene, he spoke on his incursion into movie production and on “Felicima.” Omereonye

How did you make it from shooting music videos to shooting real movies?

Contrary to what people think, it's more difficult shooting a good musical video than it is to shoot a movie. This is the first time I'm going to be shooting a movie on my own. Although, I have done a couple of movies in the past, they are just feature films.

I did my first movie with Emeka Ike, called “Executive Robber”. I wrote the script and adopted it for screen play. I was also the associate producer and director on set.

And at the end of the day because he and I had a fight during editing, he put his name there as the director of the job. I don't want to remember the experience again because I have since overcome that but one thing I can say is that such will never happen again.

I have worked on musical videos as you know and overseas, if you are a very good movie director you may be called upon to direct a musical video. In directing a movie, you have a script that gives you several hours to portray a man's life but in a video you have less than four minutes to do so.

Which is more difficult to execute?

In shooting a musical video, you have to, in the shortest possible time, pass the message, project the artiste and project your talent. The movie director has enough time do all that; he has more than three hours to play with. What I'm saying is that my going into movies now is something I could have done a long time ago but was only waiting for the right opportunity, the right story.

And why do you think you have the right story?

Let me confess to you, I have on my hand the kind of story I have been waiting for all this while. The movie, written and produced by Dennis Ometan is about Felicima (played by Genevieve Nnaji), a hard-working public relations practitioner whose phobia for failure is the driving force behind her success. And for a woman who has everything going for her: love, money and power, Felicima could not find satisfaction in all her achievements.

Her encounter with Valentine (Agu Agidi), a physically challenged young man crippled in both legs, which she hopes would fill the missing gap in her life changes everything, leaving in its trail a devastating effect on her love life and business empire.

This is a fantastic story but it's not a true life. I say so because I can't attach it to a particular individual, but I can tell you that this story will touch many hearts. It is a story that goes where we have not gone into in our Nollywood.

Felicima is a movie meant to bring a level of consciousness to our society that oil and politics are not all we have to offer in this country.

Dennis is my partner and a graduate of the film industry. He lives in the United Kingdom and he is one man that has always wanted to invest in Nollywood and has expressed his reservations about ritual movies.

Who are the major characters in the movie, are they known names?

At the moment we have Ngozi Ezeonu, Alex Usifo, Genevieve Nnaji and Alex Lopez on the role call.

In this movie we see a wealthy and accomplished lady, Felicia falling in love with the crippled's personality and not the man per se but I can tell you it's not a love story. Her fulfilment in him later became her downfall and also her uplift.

At what stage of production is the movie?

We ended production last year. But the movie is taking this long to hit the market because we had to edit and do some other small additions to it before it was finally brought home.

Why do you think the movie stands a class above other locally produced movies?

I directed the movie and I can tell you that the bulk of the equipments we use on location are the type you can only find abroad. The effects in the movie will blow the minds of Nigerians when they see the movie. Apart from that, “Felicima” is story that dwells in area that Nollywood has never operated in.This movie has three different parts to it and I know they will affect viewers. There is the human-interest angle, which has to do with dealing with a crippled; the psychic angle that tells you that another fellow can do great things if given the opportunity to, and the third is the antagonist part, that no matter what you do, there is always somebody around the corner trying to pull you down. And these are forces we deal with everyday.

Are you going to premiere the movie because that seems to be the in-thing in today's Nollywood?

Of course we are looking at doing that, but for now we are negotiating with some prominent marketers who have shown interest in the movie.

And when did you get into professional dancing and taking part in musical videos?

After my graduation, I went into real show business as a dancer and taking roles as a model from agencies. I did one or two major jobs for Maggi but all these while I was concentrated on my dancing. I took part in several competitions but stopped because my parents wouldn't let me.

I give kudos to Late Tina Onwudiwe, because it was in 1989/90 that the late J.T. Tom West and I had the opportunity to meet with her.

We started working on her musical video project. And among all the qualified and known names then, she chose J.T and I to make her videos.

She gave us the order of creating the dance steps for the two songs and the other was to select dancers for the video.

J.T. and I practically walked the streets begging everybody we met, 'would you like to dance in a musical video.'

At the end of the day we got 25 people composed mainly of Majek Fashek, Oliver D'Coque dancers and a few others.

We spent more than six month getting the crowd to meet our standard and when we were satisfied with their performances, we divided them into groups of twos, threes and fours.

So Tina gave me my first breakthrough because it was through her that people began to know that my late partner, J.T and I, had something to offer. The two videos shot us straight into limelight. After that we also featured in a few other videos like Alex O's, Daniel Wilson's, Alex Zitto's and a few other artistes' videos. There weren't many dancers then.

And when we eventually shot Tina's video, I was in the studio while the job was being edited at Solar Studios. While the editing lasted, I saw things that attracted my attention and got me thinking of taking up video production as profession and that's how the whole process started.

Will you attribute the improved quality of musical videos in Nigeria to the coming of Channel O and MTV Base?

I don't think the introduction of Channel 'O', and MTV Base has influenced the qualities of our videos. Instead I'd say those music channels came in because of our high standard.

You can remember Orits Williki, years back, he did a musical video of one of his songs and if you see that video now, I'm sure you will applaud it.

I think it was Dudu Productions that directed the video in 1992. In those days if you owned a studio and a job was done in your studio, you own the right. But I knew the contributions of other people who were not part of Dudu Productions.

When we did the Tina Onwudiwe video at Solar Production, the studio took the credit and so many individuals were denied credits and that explains why people like us did not see the light on time.

What I'm going to say now may sound boastful but the musical video of one of the songs of Mr. Kool I can say started the musical revolution in Nigeria.

As far back as 1998 after the music industry had gone down and there were no artistes nor videos, Mr. Kool managed to put himself together, got some finance, to make a good musical video for himself. That job was done by Jason and I.And because of the quality of the video, a lot of people thought Mr. Kool was an American and that the video was shot abroad.

Musical video at this time was used as interlude on T.V. And apart from Cally Ikpe's Live Beats there was no proper musical space.

Eventually Kool said he would like to make a video that would make people realise that he was a Nigerian and that the job was done by Nigerians too. And that was when we made the second track called, 'Don't call me brother.'

This was the video, which in my own opinion gave a total revolution of the musical video industry, because when the job went on air, it took people a while to understand that it was a Nigerian who lived here and that the video was done by Nigerians who lived here. It was J.T. and I that directed the job. It was then people started having hopes and started enquiring, “Who did this? Where is the studio where this was done? How was it edited? ”

The new video became a yardstick in measuring other videos so much that when you take your video to T.V. station, the first question you asked is, Have you seen Mr. Kool's video? Is yours as good as his? I got encouraged when I began to see people like Paul Obazele and Ayo Adedeji come on board, trying to make good videos.

And of course you know that in Nigeria, talents abound but these young talents cannot realise these talents if there are no investments.

With the advent of more quality video people started bringing out more money to invest in music, and of course more money means right kind of equipment and right hands to do the job. And this is where Kenny and D-One come in.

Most people don't like them and they say all kinds of things about them but we must also give credits to whom it is due; they took Nigerian music to the next level and even beyond.

They are the first to push their artiste to a very considerable height. An act that a company like EMI of those days could have propelled to greater heights.

Will you say Nigerian music industry has come of age?

Yes. I even think it is lagging behind and I blame our local T.V. and radio stations. While MTV Base is paying Nigerian artistes royalty for airing their videos, some Nigerian T.V., and radio stations are taking money to air same videos.