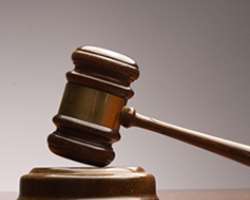 The Supreme Court will today decide whether or not the April 16, 2011 presidential election that produced President Goodluck Jonathan and his Vice, Namadi Sambo, of the Peoples Democratic Party (PDP) was conducted in substantial compliance with the provisions of the Electoral Act, 2010 as amended.

The said election came under the scrutiny of the apex court via an appeal lodged by the Congress for Progressive Change (CPC) seeking its nullification on the grounds of substantial non-compliance with laid down laws governing the conduct of the polls.

Specifically, the appeal is praying the court to set aside the decision of the Court of Appeal, which upheld the victory of President Jonathan and Namadi Sambo and to hold that the election that produced them was marred by irregularities and other forms of malpractices.

The Chief Justice of Nigeria (CJN), Justice Dahiru Musdpaher leading other six justices of the court had on December 13, fixed judgment on the appeal after listening to submissions of counsel to all the parties to the appeal.

At yesterday's proceedings, counsel to the appellant, Mr. Oladipo Okpeseyi (SAN) had, after adopting his appellant brief told the court that the Court of Appeal, which sat as the presidential election tribunal wrongfully evaluated the evidence adduced by the petitioners in arriving at its decision. He contended that the tribunal lumped the evidence of the respondents together and by so doing, injustice was meted out to the petitioners.

In holding that the appeal be allowed, Okpeseyi was of the position that if the totality of evidence by the witnesses who testified in favour of the petition were properly evaluated, the court would have arrived at the conclusion that President Jonathan and his vice were wrongfully returned by the Independent National Electoral Commission (INEC) as winners of the election.

Responding, the INEC through its legal team anchored by Chief Adegbeyoga Awomolo (SAN) said the petitioners failed to discharge their burden of proving allegations of malpractices contained in the petition.

He maintained that contrary to the position of the appellant, the presidential election was credible, devoid of fraud and was widely acclaimed by the international community as free and fair.

On his part, President Jonathan and Sambo urged the Supreme Court to throw out the appeal as it lacked in substance, incompetence and academic in nature.

While adumbrating on his grounds of objections to the appeal, Olanikpekun said the appeal was stillborn and dead on arrival as its main relief which was the ordering of a fresh election was refused at the tribunal.

The CPC had on November 11 filed notice of appeal at the Registry of the Court of Appeal, while  on November  28 filed its appellant brief of argument where it argued that the trial tribunal erred in law when it rejected documents required to prove multiple thumbprinting, non-distribution of electoral materials, not ascertaining the actual number of required voters, the accredited number of voters and the actual number of voters that had voted in the disputed election.

The party, therefore, asked the apex court to make an order directing the president of the Court of Appeal to direct another panel to entertain and determine the petition by way of a retrial, adding that the justices erred in law when they lumped together evidence of respondents' witnesses, who they acknowledged as different sets of respondents and thereby occasioned miscarriage of justice.

They similarly said the panel of justices misdirected themselves when they held that the mere assertion of the petitioner that the election was flawed would not shift the burden of disproving the assertions on the respondents and that the onus lied on the appellant to prove non-compliance.

The Presidential Election Petitions Tribunal on November 1 held that the election was free and fair and dismissed CPC's petition in its entirety for lacking both merit and substance. The tribunal, in a unanimous judgment, held that President Jonathan was validly elected having secured two thirds (22,471,370) of the lawful votes cast during the election.

The chairman of the panel, Justice K.B Akaahs had said CPC failed to discharge its burden of proof even on the balance of probability adding that the party did not prove that non compliance with the provisions of the Electoral Act affected the election result in any way.

The party asked the tribunal to hold that the results declared by INEC on April 18 by which President Jonathan returned to power, is wrongful and unlawful.

They similarly sought a declaration that the election did not produce a winner as contemplated by the provisions of the 1999 constitution. They asked the tribunal to order INEC to organize fresh elections between its candidate, retired General Muhammadu Buhari and the President.

But the tribunal, in its judgment said CPC failed to prove that President Jonathan's victory was based on corruption, and that the party had nothing on which to consider the challenge of the votes secured by the President and his vice.