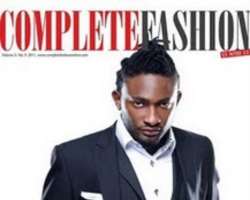 Uti Uwachukwu,2010 Big Brother Africa winner has continued to loom large after his reign.Just recently he featured alongside Eku Edewor,a presenter on Studio 53 Extra in the television commercial held at the Radisson Blu Victoria Island for Martini Wine.He is also a presenter of Jara TV Programme on DSTV.

A lot has been written and reported about him but last week he bared his mind on his new found love acting.

I did another with Tonto Dikeh and others.My musical video just won an award hopefully by the 2nd quarter of next year,the album should be coming out.It will be different from what we have here in Nigeria in terms of songs.

Movie for me started when I was young,I have never seen myself as an office guy.I love the whole thing that comes with acting,there is nothing better than getting paid for what you enjoy doing.

On alleged romance issues,he said I keep a few friends around me,infact I can't even be responding to all those stories.I have been linked with several people I don't even know;as my girlfriends and even sugar mummy.I keep my private life away from the press so all these things are fairy tales.

How can I person be doing all that? I have also invested wisely with the money I got as my cash prize from Big Brother Africa.