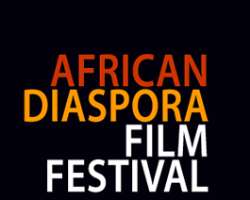 Homecomings, corruption, and applied radicalism recur as concerns throughout the customary big-tent selection of this year's African Diaspora Film Festival. For the 17th edition, the 101-film girth and 46-country reach chart collective narratives and individual strivings, but (with the caveat of selective previewing) the greatest artistic variety amid all the globe-trotting emerges in the nonfiction lineup.

Unusual for its stubborn outside-looking-in perspective, Glorious Exit follows a half-Swiss stage actor summoned from the States to bury his Nigerian father. As the eldest, he must preside over an exorbitant funeral and receive tribal delegations, leading to nerve-wracking values clashes as the possibility of noble failure stares him in the face. In Utopia and Barbarism—a sort of reoriented Grin Without a Cat—veteran Brazilian remixer Silvio Tendler plots postwar trends in revolution and conscience, with insight from fellow filmmaker Fernando Solanas, Susan Sontag, and many others. Nova Scotian chronicler Sylvia Hamilton gently counterpoints voices from past and present to remember her country's segregated schools in Little Black Schoolhouse, while Katanga Business offers a selective Economist-style rundown on the Democratic Republic of Congo's fraught mining industry in the wake of mind-boggling war. And at the top of the bill, opener Wole Soyinka: Child of the Forest fetes the Nigerian Nobelian, but glimpses of his mordant wit are the main highlight.

Baldly stated themes serve the fiction features less well. Set in South Africa circa the 2000 Truth and Reconciliation amnesty of apartheid assassin Craig Williamson, Nothing But the Truth, lauded in its stage version, feels schematic onscreen. Likewise for The Harimaya Bridge, despite the strikingly cruel resentment of its American protagonist, reclaiming his expat son's paintings in Japan. Lastly, the frank The Armchair and the careening Skirt Day let loose two women who've had enough: the upright new head of a back-scratching government ministry in an anonymous African country, and a French inner-city teacher gone postal—played by Queen Margot herself, Isabelle Adjani.